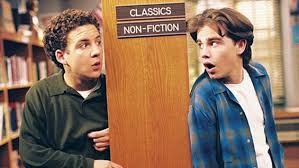 By now you have no doubt heard the news. A spinoff of “Boy Meets World” is in the works called “Girl Meets World” based on the daughter of Cory and Topanga. Ben Savage and Danielle Fischel are signed on and have confirmed the project.

Finding out about this new show was like the equivalent of finding a $50 bill in the pocket of a pair of pants, if that pair of pants hadn’t been worn since you were a in seventh grade and you spent the the $50 on precious childhood memories.

This show will no doubt be a huge disappointment, but that doesn’t mean I won’t watch every episode or that I’m not totally grateful for the opportunity to reminisce about one of the greatest shows ever created.

If like me, you’re currently in your twenties then you have probably spent random moments thinking about random episodes of “Boy Meets World.” You break down the plot, relive the funniest lines in your head, and relate the overall happenings to the meaning of life. It can get intense.

Don’t act like you don’t do it. It’s not a conscious decision, it’s a natural impulse that that comes from growing up in the nineties.

So in celebration of “Girl Meets World” I’ve decided to confess some of those thoughts that have crept into my head over the years. We need to get “Boy Meets World” back into the public discourse. So don’t be alarmed if this becomes a recurring post.

Girl version of Shawn was kind of hot.

Topanga: “Why are you carrying his books?

Cory: “Well, we’re trying to create the illusion that Shawn’s a girl. I thought this would help.”

Topanga: “You never carry my books.”

Sadly, Rider Strong, the actor that played Shawn Hunter, has announced that he will not be a part of “Girl Meets World.” While this is obviously tough news, it doesn’t mean we can’t look back at the character Shawn and, perhaps, one of Strong’s most daring performances.

I think we all remember episode 15 of season four entitled “Chick Like Me” in which Cory and Sean, after being assigned the classic memoir Black Like Me in class, decide to dress up like girls to better understand what it’s like to be a female.

Once again, if you claim to not remember this then I don’t believe you. You know exactly what I’m talking about.

And I’m going to confess something. This is tough to admit so I’d appreciate some understanding. Girl version of Shawn, otherwise known as “Veronica” is pretty hot.

Girl version of Cory not so much.

I think I’m speaking for the men who watched this growing up when I say that this was a frightening and confusing experience. But I think it’s time that we just put it out there. This episode stands with the Bermuda Triangle and Big Foot as one of life’s great mysteries. So Shawn makes a good looking chick, no big deal, that doesn’t say anything about us.

I’m just assuming that most dudes feel the same way. It’s a pretty risky assumption to put out there. But I feel pretty confident that it’s crossed most guys’ minds. So I’m making a declaration.

But for all you deniers that claim that I’m crazy or ladies who are judging your opposite sex, claiming that I’m making something out of nothing, I have proof.

Okay, so because this article hasn’t been ridiculous, irrelevant and stupid enough already, I want to talk briefly about the movie “The Waterboy” starring Adam Sandler. Another project that pretty much everybody who grew up in the nineties probably saw at least once. It’s a pretty terrible movie, but I’m not going to act like I probably wouldn’t be laughing if it were on right now.

If you’re familiar with the movie then you might remember that there’s a character named “Vickie Vallencourt.” She’s way out of Adam Sandler’s character’s league, but she seems to like him anyway.

Now I’m not trying to say I think that the actress that played Vickie Vallencourt, Fairuza Balk (yep, real name) was the best looking actress to ever come out of Hollywood, but she was basically cast as the role of “hot chick in The Waterboy” so it’s probably fair to say that she’s objectively attractive.

Well, what I’m about to show you might be frightening. 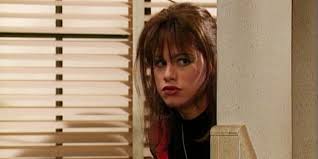 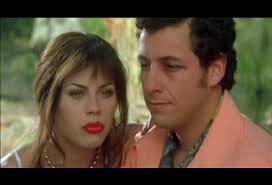 I know, right. They look exactly the same. Spitting image. Which one is which?

Well, “Girl Meets World,” this is the kind of Pandora’s Box you are opening up. I hope you’re okay with that.

I’m going to go stare at the Sports Illustrated Swim Suit edition or something and try to piece back my masculinity.