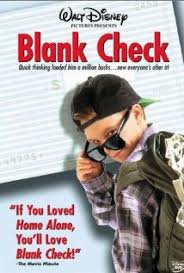 In case you were wondering, it’s a phenomenal re-watch despite reeking of 1994 in just about every scene. For example, the main character does all this fraudulent banking stuff by saying that he’s buying them for a dude named “Mac” which is short for Macintosh, which is the giant Apple desktop that he is operating most of his mischief from. If you are slightly confused about what I’m talking about then you obviously have gone far too long without seeing Blank Check.

Really quickly, let me hit you with my three most immediate observations from watching Blank Check in December of 2012.

The film’s tag line is “If you loved Home Alone then you’ll love Blank Check.” I really want to make fun of that, but it’s so true. I mean, the chances of someone really liking Home Alone and then seeing Blank Check and being like “this kind of thing just isn’t my cup of tea” are pretty slim.

It’s basically like saying “If you love movies about children being poorly supervised and left to their own devices then you will love Blank Check.”

Didn’t that kid buy way too many things?

Preston Waters, the main character, only cashes the check in for $1 million, but he buys so much stuff. That mansion that he buys is freaking huge. Utilities alone would be through the roof. Then there’s the water slide/pool, the go-karts, the limousine and all the other frivolous stuff.

He had to be running over a million. Even back then $1 million couldn’t have gone that far, right? I mean, the budget of Blank Check was $13 million and it wasn’t exactly Avatar. He would have gone into debt way sooner than he did.

The fact that I’m 23 years old and am just as clueless about whether or not the entire plot of this film is logistically possible as I was when I was eight probably means that I need to start learning something about money and finances.

Anyway… I was still thinking about Blank Check by the time I was at work and so I decided to take a quick (relatively) break to find out what the stars from the this great film have been up to lately. Who knows, maybe a remake is still a possibility.

The results were not great… 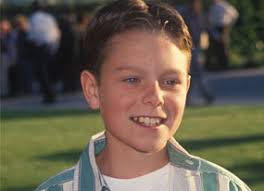 I’m not joking. The two photos above are the same person.

Bonsall has had it pretty rough since the days of Blank Check. He retired from acting the year after the film came out at the age of 13. He went through that rebellious “I’m more than just Blank Check” stage in high school and joined a couple punk rock bands.

He got a DUI in 2001. Then he was suspected of drunk driving in 2004. He was charged with second degree assalt of his girlfriend in 2007. He violated parole a couple of times and apparently got arrested in Boulder, Colorado for hitting his best friend with a bar stool.

He admits to drinking heavily and doing a lot of drugs. 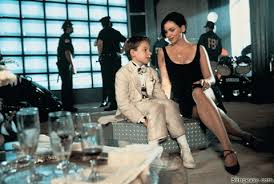 1994 was an incredible year for Duffy. She was in Blank Check and she was one of the bad guys in Dumb and Dumber.

Not a lot since then…

Her last movie was in 2009 when she played the voice of “Linda Otter” in The Fantastic Mr. Fox.”

Miguel Ferrer AKA Carl Quigly AKA the bad guy

Ferrer did a really good job of playing a guy that was super-pissed about getting a million dollars stolen from him. It definitely seemed like he wanted that money back…

Still, he didn’t go on to do a whole lot. He played the key witness who was murdered in the movie Traffic, which was a really good movie. He also played the voice of “Shan Yu” in the movie Mulan. I’m not quite sure which character “Shan Yu” was, but judging by the name I would guess it’s literally any character besides Mulan.

Not to mention that if “Wild Thing” comes on your radio the next time you are driving your car there’s zero chance you’re changing the channel.

There hasn’t been a lot of good stuff happening for Tone lately, though. He hasn’t been in a successful movie this decade and his music career dwindled down about the time Bonsall was starting his punk rock band.

In 2011 he collapsed on stage during a concert in Atlanta. He probably just came down with a little Funky Cold Medina, am I right?

But in all seriousness, it’s probably a significant health issue. It was the second time it had happened.

Tone Loc is probably the one actor who could still be cast in a remake of Blank Check. You could bring in newer, more popular actors to fill in the other roles, but keep Tone. He’s the main reason I want the remake to happen in the first place. I’m all for anything that gives Tone Loc more work.

So that’s where all of the key cast members of Blank Check are now. I know, pretty depressing. But don’t worry, I have good news:

Tone Loc will be performing in Las Vegas on December 30th.

If you live in Denver you just missed his December 15th concert.

One thought on “Where Are They Now: Blank Check”