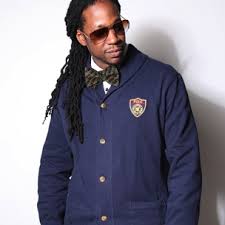 I think we can probably all agree that the top news stories of 2012 were, in some order: the re-election of Barrack Obama, the effects of Hurricane Sandy and the Tupac hologram at Coachella.

If you haven’t seen the video footage of Tupac reincarnated to perform with Snoop Dogg and Dr. Dre then I’m assuming someone printed this article out and handed it to you because I refuse to believe that someone who spends any time on the internet has not seen that video.

If you’re anything like me then the video completely blew your mind. I definitely would have gotten goosebumps the first time I saw if it weren’t for the fact that it’s hard to get goosebumps when you’re waving your hands in the air and involuntarily spinning in your swivel chair. I think it has something to do with the body heat you’re creating that prevents the goosebumps from forming (I try to avoid strong statements of scientific fact just in case someone comes along and does something to completely disprove everything I held to be true, like maybe use lasers to bring a dead rapper back to life).

After the performance, the hologram was all anyone could discuss and there were talks that Dre and Snoop would take computer animated Tupac on tour with them so they could perform hits like “California” and “2 of Amerikaz Most Wanted.” There were even rumors of a Tupac tour in which a hologram, not a real person, would be the headliner.

But over time the idea just sort of faded away and Coachella proved to be the only concert that hologram Tupac performed at.

It makes sense when you think about it. The hologram was perfect for the moment that it happened in. It was totally unexpected and it fit perfectly with the fact that Snoop and Dre were doing their first concert together in years.

But trying to imagine a full on concert with a hologram is a tough task. The main reason that the common fan will pay big bucks to go see an artist in concert, rather than just listen to their CD at home, is because of the interaction they can have live. You may not get one-on-one interaction, but together, as a crowd, the audience can interact with the artist in a small, but meaningful way.

No matter how realistic looking or sounding a hologram is, you are still missing out on that experience. The hologram can be programed to talk to the crowd in between songs. And you’re welcome to talk back to hologram Tupac, but no matter how you slice it, he can’t hear you, you know, because he’s dead.

At the end of the day, if over-used, a Tupac hologram simply cheapens the music and art that Tupac Shakur once created. And hence an amazing advancement in entertainment technology is left to waste…

If you haven’t heard of 2 Chainz then you have done a pretty good job of avoiding rap music in 2012 because he’s all over it. In the past year he has been apart of hit singles featuring Drake, Kanye West and Lil Wayne and his debut album was nominated for a Grammy.

Despite all of this, 2 Chainz is a lot like ranch dressing. If you enjoy drinking ranch dressing by itself then there’s at least a reasonable chance you have some sort of mental issue. But the list of foods that ranch dressing perfectly complements is endless.

2 Chainz’ slow southern drawl and simple lyrics are not exactly enlightening, but give him a verse on a radio hit and he will make the song that much better.

This, among other things, makes him a perfect candidate to be a hologram that appears at other artists’ concerts. An entire hologram concert would never work with anyone. But have you ever seen someone live performing a song that featured another artist who wasn’t at the concert? It’s usually a letdown when the other artist’s verse comes up and they just skip over it.

Imagine a Kanye West concert. About halfway through the set he decides to perform “Mercy” and when it comes time for the last verse of the song a hologram version of 2 Chainz comes on to rap “Now catch up to my campaign, coupe the color of mayonaise.” That just became one of the highlights to the show.

Same goes for “Birthday Song.” Kanye can’t even think about performing that song unless 2 Chainz was there to yell “When I die bury me inside the booty club.” On the flip side, would you really want to pay hard earned money to go to a 2 Chainz concert and hear a line as nonsensical and ridiculous as that? Maybe not. But if he unexpectedly “made an appearance” at a concert you were already at then you would feel like you just witnessed something magical.

Another reason this would work is because of 2 Chainz patent style of introducing himself before a song. Some rappers make it known that they are about to start rapping seconds before their verse starts. Ludacris yells “Luda!” Lil Wayne pretends to (or actually does) take a hit of marijuana. But 2 Chainz is by far the best. He basically just says his name. But he kind of says it like “Toooh Cheynes.” It’s pretty awesome.

A crowd hears 2 Chainz’ famous self introduction and then sees a hologram of him and they instantly go crazy. There’s no question.

I also see no reason why 2 Chainz doesn’t sign off on this. He could easily collect royalties and it would allow him to make money while cutting down on his own travel time.

In fact, it’s such good self-promotion that I can’t see why he wouldn’t finance the project himself. I’m sure that the technology is quite expensive, but if I’ve learned anything from his songs, 2 Chainz is crazy rich. In fact, he even said, “All I got is cheese, like I’m taking pictures.” I doubt he would lie about that, especially since the name of that song is “No Lie.”

I think 2 Chainz is the one artist out there that could really capitalize off of the hologram movement. It’s a win for everybody; 2 Chainz, the fans who don’t really want to see him perform a whole concert live, the fans of other artists who are treated to a little taste of the Atlanta rapper.

I think you could even use 2 Chainz at shows of artists he’s never actually collaborated with. For example, Jay-Z has never done a song with 2 Chainz. Probably because he has self-respect…or something. But let’s say Jay-Z wants an intermission at his concert (which seems like the classy type of thing that would happen at a Jay-Z concert). Jigga takes a break and the 2 Chainz hologram comes up to play two or three songs. He could be like rap’s version of elevator music.

If you aren’t already sold on this idea then let me give you some examples of a few lyrics that could potentially be spoken by a hologram. A HOLOGRAM!:

“I don’t smoke no Bobby, but my denim be from Ricky,

Got your girl on Molly and we smokin’ loud and drinking.”

-Beez in the Trap

Asking me what I’m on,

Trappin’ from my Android.”

I guess we could use our amazing advancements in technology for space travel or to make progress in modern medicine, but for now, I wouldn’t mind seeing a laser-created hologram dropping these awesome lines in concert venues across the nation.

One thought on “Why America Needs 2 Chainz Holograms”