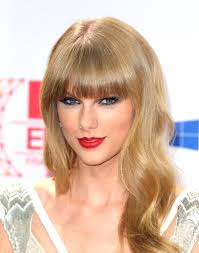 Yahoo! Trending is a recurring feature in which I check the interest in of the general public in our great country by finding out what stories are trending on Yahoo! I simply log on to Yahoo.com, click on the topic that grabs my attention and break it down.

For this edition of Yahoo! Trending we find out just how powerful and famous of a person Taylor Swift is. As always, there were a number of interesting topics to choose from. Current events like “Megan Fox’s Son,” “BuckWild Star arrested” and “Pink Planet in the Sky.”

But there was one simple run of the mill quote sitting at number seven: “I Never Chase Boys.” It didn’t even say where the quote came from. But somehow there are enough Taylor Swift fans out there to know that it came from the pop/country singer.

So I clicked on the topic and was led to this article about T-Swift.

It’s essentially a recap of the most normal, mundane conversation a celebrity can have, but because she is Taylor Swift and used the word “boys,” about a bajillion people wanted to read it.

I’d like to believe I am an adequate representative of the rationale public so here is a breakdown of the few things Swift said in the article (originally taken from a Ryan Seacrest interview).

“I’m probably going to be with my friends, or rehearsing. I’ll be like, working on the lighting rig, and lighting cues. And I don’t think I’d rather be anywhere else, to be honest.“

“I wrote [’22’] about my friends. Finally, I’ve got this amazing group of girlfriends. We tell each other everything, we’re together all the time. That was kind of the marker of me being 22, is like, having all these friends. There are a lot of question marks in your life, like where are you going, who are you going to meet, but the one thing that you have is each other.”

–That’s so true. I think all that stuff you said is what being a 16-year old girl is all about. Wait, you said 22?

Continued on her best friends:

–That makes sense. I would say I have 15 least favorite Taylor Swift songs.*

*For the record, I can’t act like I’m too cool for all Taylor Swift songs. I still listen to “Our Song” and “Love Story.” I’m sorry that they’re extremely catchy.

On Google Alerts (or something):

“I’m sure if I looked up the latest Google Alerts rumor it would say I’m chasing somebody who doesn’t like me as much as I like him – people love that angle on me.”

-Uhh I don’t have a Taylor Swift Google alerts. Some of us have lives. I only have a 2 Chainz Google alert and I’ll have you know that he just appeared in an episode of  “2 Broke Girls.” Pretty cool, huh? Enjoy your lighting rigs.

On people’s perception of her:

Yeah, we totally hate that. Kind of like how dogs hate being fed and you hate attention.

And that’s what’s happening in America…

One thought on “Yahoo! Trending: ‘I Never Chase Boys’”