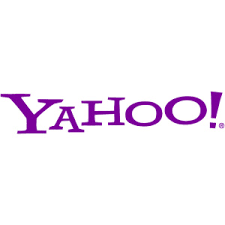 Yahoo! Trending is a recurring piece where I gauge the type of stories that America is interested in by going on the Yahoo! home page and looking at the top ten topics trending. I select a topic that grabs my eye and click on it. I then select an article that details the topic and break it down.

Since the last time I wrote a Yahoo! Trending a lot has happened. A meteor hit Earth. North Korea is doing dangerous bomb things or something. A Carnival Cruise got stranded. The Pope resigned.

Oh, and in case you missed it, my last Yahoo! Trending was about Taylor Swift’s claim that she doesn’t “chase boys.” With all these huge current events having taken place, I thought that surely the stories for today would be much more substantial and important news bits about pressing current events.

So I went to Yahoo! and immediately checked to see what the number one trending topic was. I wanted to see what story really had the nation on pins and needles and was driving the most online traffic. So that’s what I clicked on and that’s what I will be breaking down.

That topic was “Lingerie thief tattoo.”

I was quickly led to article by the Huffington Post about this pressing issue. Click here for that article.

Here’s the quick explanation of this story: a big fat guy broke into a lingerie/erotic merchandise shop, did unspeakable things (although the Huffington Post did in fact speak about them and so will we), dressed himself in women’s clothing and stole a bunch of products. Unfortunately for him, he had a tattoo of his last name across his back, which was bare because of the women’s clothing. This led to his eventual arrest.

That paragraph was honestly all you need to know about the story. Actually, you don’t need to know anything about this story. Not knowing that this story exists would not have affected your life in the slightest. But Huffington Post decided to go a little more in depth on the topic so I will oblige you with some more of their account.

Below are snippets from the Huffington Post article. Below them in italics is additional commentary by me.

“Pro tip: If you’re going to disguise yourself in a wig and a dress, make sure you cover the tattoo of your own name.”

Every article needs a good introduction and this one nailed it. It was snarky and catches the reader’s interest. Plus, it keeps things fresh with young people slang like “Pro tip.” I would have personally gone with “Real talk” but both work.

I think we can all agree that “Dr. John’s Lingerie Boutique” is a pretty strange name for a Lingerie/erotic merchandise shop. What could this guy possibly have a doctorate in? Also, the real loser here is any practicing doctor in Davenport, Iowa who happens to be named Dr. John. I don’t think a lot of people will continue to go to their checkups with him.

“While inside the office, the 325-pound man “began to please himself anally on the manager’s desk and futon/couch” according to a court complaint obtained by The Smoking Gun.”

Let’s just get it out in the open and talk about the weirdest part of that paragraph. I’m thinking it. You’re thinking it. How can something be a futon/couch? Either it’s a futon or it’s a couch. I mean, I think it’s pretty much implied that a futon is also a couch. You shouldn’t have to say it in the title.

“He spent the next couple of hours trying on clothes and ‘experiment[ing] with sex toys,’ according to the court complaint”

“Police say he finally donned a red dress and blonde wig before heading out of the store.”

“The man’s watertight disguise had one fatal flaw: During his naked interlude, surveillance cameras caught footage of his tattoo, which reads “Perales” in old English letters across his back, according to investigators. He was arrested Friday, according to WHBF.”

Right, that was the ONE  fatal flaw of a 325-pound hispanic man in a red dress and a blonde wig. If it weren’t for that one oversight it would have been a perfect plan.

“Investigators say Perales had “used and/or taken” somewhere between $1,000 and $2,000 worth of merchandise. These items were apparently ineligible for resale because they were covered with bodily fluids.”

Absolutely my favorite one word addition to any article ever written is the inclusion of the word “apparently” in this paragraph. Go back and read the paragraph without the word apparently then read it one more time with it in there. Apparently bodily fluids lower the resale value of clothes in this picky consumer culture that we live in.

Obviously I think these are pretty disgusting acts and you would have to be pretty perverse to consider this type of behavior even remotely acceptable. That being said, I would get a kick out of this final paragraph being followed up by a quote from Perales saying “Totally worth it!”

So there you have it America, that’s what you’re interested in.

We may or may not be getting our asses kicked by China in literally everything, but by all means keep reading about Taylor Swift and lingerie thieves.