Spinoffs are tough to pull off. Especially when you are trying to create a spinoff of a tremendously popular and successful show. There’s a lot of talk about the upcoming spinoff of The Office based on Dwight Schrute. The big question is whether or not the new show will have any chance of succeeding, especially considering how much The Office fallen off in popularity and quality in recent seasons.

But this got me to thinking about perhaps the most notable failed spinoff attempt of all time: Joey based off Matt Le Blanc’s character from Friends. I never saw a single episode of Joey and I don’t know a single person who did. The internet tells me it was extremely unfunny and I’ll go head and believe it, but even if it were hilarious it never would have stood a chance. We all decided it would be terrible before the first episode.

As Dave Griffiths wrote (in this article that was very randomly written about Joey on November of 2012, six years after it went off the air), Friends was a show about a close-knit group of friends, hence the title. The plot is literally “friends are friends with each other.” So to take one of those friends and remove him from the rest of his/her friends is probably a bad idea. People watched because of their chemistry together. That would be like ESPN thinking “Football ratings are great and fans really seem to love quarterbacks. So we have an idea: we air a segment where we put the quarterback on the field by himself and he can throw the ball or whatever.”

The point being that Joey was doomed from the start.

But that doesn’t mean that a spinoff of Friends couldn’t still exist. Here’s what I’m thinking: Gunther, the show. You guys remember Gunther, right? He ran the Central Perk and he was completely obsessed with Rachel.

Look, “haha” funny isn’t popular in television like it was in the nineties. Awkward humor is what’s in. And who is more awkward than Gunther? Most of the critically acclaimed sitcoms on now don’t even have laugh tracks like Friends did. The awkward silence is enough to que people in on when to laugh.

So I did some googling and realized that apparently I’m not the first person to come up with this idea. Obsessive Friends fanatics have been whispering about it for years. In fact, the actor who played Gunther, James Michael Taylor, was even asked about the idea as recently as last year. Here is what he had to say:

“You know what, I’ve been asked that before and I think Gunther probably could have had some interesting room for exploration because he was a mysterious character, no-one knew anything about him for ten years.

Pipe down, Gunther, it would not have been a thriller. But that kind of pathetic self-denial and unrealistically high expectations for himself is just another example of the type of humor that would work on the show. A thriller…haha…get real, Gunther.

Since it turns out that this isn’t a totally original idea, I can’t just leave you with the proposal. I actually have to outline a few plans for the show. 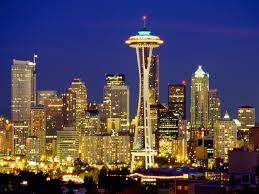 So in the mid-2000’s Gunther sold the the Central Perk and left New York City to get away from the memory of Rachel. Where did he go? The coffee capital of America: Seattle, Washington where he opens up a new cafe to grunge teenagers who are way cooler than him and all the while competing with Star Bucks.

Oh, and the name of the cafe? The Taste Needle.* Get it? Kind of like Central Perk is a play on Central Park, this is a play on the Space Needle. Yeah…you get it.

*I’m pretty proud of that name so if you think it’s stupid please don’t say so in the comments. Writers are more fragile than you think. 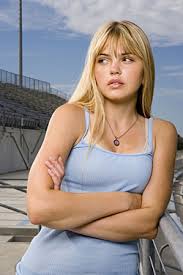 So after Gunther moves to Seattle he gets a surprise visitor: the daughter he never knew about. Her mother had been raising her, but money was an issue so she decided to send her to Seattle to live with her dad. She is rebellious and meets boys. He tries to be a parent and continues to be awkward. Shenanigans ensue.

And yes, Aimee Teagarden is the best choice for this role. The options are limited. I don’t think that Jennifer Lawrence or Jessica Chastain are lining up for roles in Gunther. Besides, we all loved Teagarden in the role of rebellious, but good-hearted and adorable daughter and that’s what she should return to. And believe me, she is not busy. 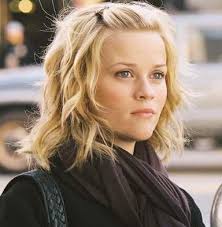 Gunther moved to Seattle to get away from Rachel, but guess who just happens to live there? Rachel’s sister, Jill.

Naturally, Gunther falls totally in love with her. Shenanigans ensue.

Apparently, Rachel’s sister was played by Reese Witherspoon, who might be out of Gunther’s budget range. I propose that NBC make the Godfather offer to Witherspoon and promise to give her as much of a role on the show as any character including Gunther and a ton of money. I’m talking Charliee Sheen money. If that doesn’t work, just hire anybody and never address “The One with Rachel’s Sister.” 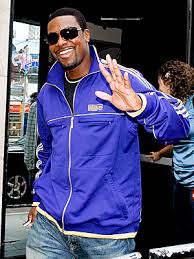 Friends was really relatable. If you were white. It wasn’t the most diverse show.

Gunther will have a black dude in it! I’m talking like third or fourth lead! It might not be be the black dude pictured above (Chris Tucker), but it will be somebody. And his general coolness will make Gunther seem even more awkward. Shenanigans will ensue.

There you go, NBC. You’re in the tank right now. Make this show and that will change. I’ll take my royalties after season one.