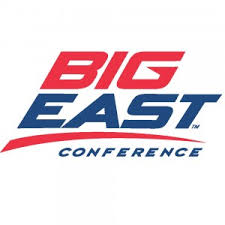 Conference realignment is becoming perhaps the most common term in college sports. If you don’t know anything about college sports and have never heard the term, I’m not quite sure I’m qualified (or sure if it’s possible) to briefly explain it. But basically conferences have existed in college sports for a long time and have helped create rivalries and a sense of familiarity for college fans. For monetary reasons those conferences seem to be constantly shifting as of late, which throws tradition out the window and slightly confuses everyone.

One of the most recent examples of conference realignments is the slow destruction of the conference currently known as the Big East. The conference has a rich history, but as it is going through a rough stage universities are trying to jump ship left and right.

That’s right, just when you thought Holy Wars were a thing of the past, college basketball conferences are being put together based on their religious denominations to put to shame all the heathens playing in the ACC or the Pac-12.

Incidentally, some of those schools to be added to the conference aren’t Catholic, which means we miss out on the totally pretentious all-Catholic conference named the “Catholic 10” or the “Catholic 12.” Reports say that the new Catholic-originated conference will retain the “Big East” title.

What happens to the 10 other members of the Big East that are being kicked out by their Catholic brethren? Well they will have to survive on their own and find a new name for themselves. And what name did they choose? According to domain name research, the new conference will call itself the “American 12” upon adding two new members.

So choose wisely when you give your allegiances to a conference. Either you will be disrespecting the Bible or you will be slapping our forefathers in the face.

Now, I’m an innovator. So I say never just stop with a name change. Really embrace that change and make it apart of who you are. So here are a few of my ideas:

Since this new conference was started with the rallying force of several Catholic schools and will probably keep the Catholic Seven nickname for quite some time, it’s probably a good idea that the Big East really shows it is a conference of the faith. 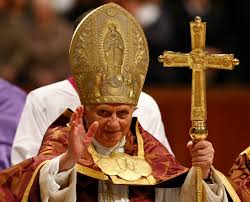 I know, I know, the Vatican probably wants to replace the recently resigned Pope in the next couple months. But what if we settled this on the court?

We wait a whole year, and let the winner of the Big East tournament choose the next Pope. They can pick any one of their alumni to lead the Catholic religion. And we avoid empowering someone too long by having a new Pope crowned every year after each Big East tournament. Sure, there might be a little instability within the religion, but change never hurt anyone.

Imagine Georgetown winning and electing Patrick Ewing as Pope. Now try to tell me this is a bad idea. 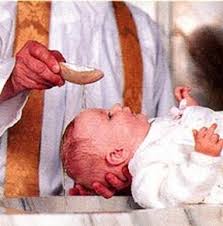 There’s always halftime entertainment right? Usually it involves jugglers, or people who can balance on tiny poples really high in the air, or dogs that can catch frisbees at incredible speeds.

But it all seems a little mischievous to me. Sounds like the Devil’s work.

Halftime should feature the baptism of small children. The waiting list to have your child baptized at halftime of Villanova/Depaul would be pretty long, but it would be totally worth it.

Complete Ostracizing of Non-Catholic schools in the Conference 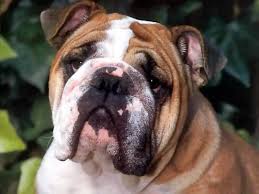 Sure, there might be some non-Catholic schools in the new Big East, but they better know that they are only in it because the conference needed to fill out 10 or 12 schools in a short amount of time.

The Butler Bulldogs will be allowed to play basketball in this conference, but they will have to uphold their responsibilities and adhere to constant attempts of conversion. They will have to attend mandatory Mass before and after each game and will have to say five Hail Mary’s before each free throw.

*****If you think that these ideas are blasphemous or sacrilegious I would ask you to at least consider the possibility that forming a basketball conference and using the Catholic name to bring attention to that conference when you are doing so for reasons that have nothing to do with the goals of the faith, but solely for reasons of money might also be sacrilegious. And perhaps I am just trying to point that out.

The slogan for this conference should be “Freedom is a Slam Dunk.”

These basketballs were used for the American Basketball Association, which was absorbed by the NBA more than 30 years ago. They are the coolest ball in any sport and we finally have another reason for them. If the American 12 doesn’t at least strongly consider using these balls I will be seriously disappointed. 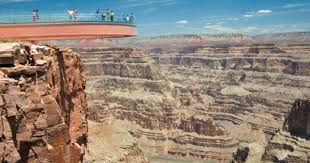 This conference has a responsibility to showcase America, the Beautiful.

That’s why I propose that each year at least one important game is played in a national landmark. Perhaps the Grand Canyon. Maybe we can stop traffic at the Golden Gate Bridge. Remember the Alamo? More like remember the time Louisville hit a buzzer-beater in the Alamo?

*I’m too lazy to google and confirm whether or not those three places are officially national landmarks.

“Gangnam Style” is played at the beginning of every game 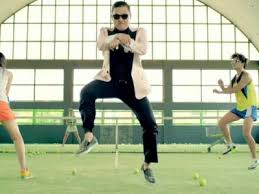 Nothing is more American than “Gangnam Style.”

So there you have it. I say go big or go home. Let’s do this, college basketball.