I’m writing this on April Fools.

The first of April is a day in which we have deemed it totally acceptable to trick, prank and flat out lie to the people who we love the most. We’ve all done our fair share of April Fooling and we’ve all been April Fooled at least a handful of times. I still remember that time when I was 13 and my parents tried to tell me I was adopted on April Fools. Classic. They’ve really committed to that one.

While society may tell us that this is the one day of  the year when we are lied to, I’m here to tell you that we are being duped nearly every single day…by television. Every week for as long as most of us can remember we have tuned into our favorite TV shows and ask them to give us a glimpse into a world that is different than our own.

But as I sit here, not that all that far removed from my college graduation and having spent the past 10 months doing different things, going to different places, teetering the line between employed and unemployed and learning what I can about the world around me, I have to say, TV has really been lying to us about a whole lot of stuff.

Here are a few examples of TV shows that give a totally incorrect interpretation of certain occupations or situations: 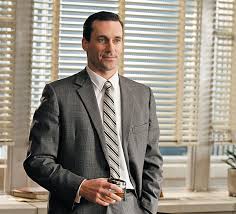 There are a lot of marketing and PR majors who graduated with the hopes of having Don Draper’s life. But advertising is about much more than just womanizing and getting blackout drunk in the office. Actually, it’s not about that at all.

Your job in advertising won’t involve coming up with a brillant slogan, writing it down on a napkin in a dark bar, and passionately pitching it to a client the next day. It will probably involve writing tweets for Clorox Bleach’s “Summer Time Fresh Scent Vacation Giveaway” or filling the Red Bull car with gas on your way to the parking lot of a Snoop Dogg concert. 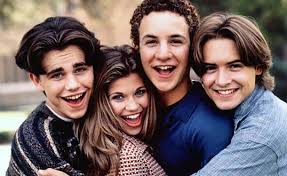 This is a show about a boy meeting the world and even through all the drama and issues of growing up, everything worked out great at the end.

So remember, as long as you have a best friend who only spends time with you, an unbelievably committed girlfriend who you met in grade school, incredibly loving parents who stand by you no matter what, and an infinitely wise teacher/principle/neighbor/mentor combo that will prophetically tell you how to handle all your problems then life will be a walk in the park for you. 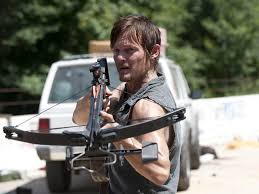 In the off chance that you are trying to survive a zombie apocalypse it is very unlikely that you and your group will have the benefit of a good looking, ultimately good-hearted, not-as-racist-as-his-brother-of-the-same-upbringing, redneck who is proficient with a cross bow tagging along and saving you from zombie attacks. There just aren’t very many of those guys in the world so the odds are really stacked against you. 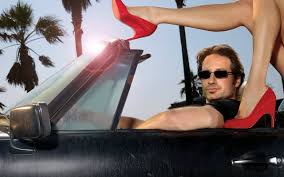 This show is about a writer. I’m a writer. But this guy has WAY more sex than I do. 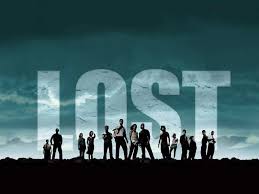 A few years ago I was celebrating Mardi Gras in St. Louis where, much like New Orleans, public drinking and rowdiness are not only allowed, but encouraged on this particular day. Having underestimated the amount that not being able to see/think straight affected my sense of direction, I inevitably became separated from my group of friends. Cold, drunk, scared and feeling very sick, I wandered the streets of St. Louis trying to find a cab for two and a half hours. I called a cab service over 50 times, getting a busy signal each time (months later I realized I simply had the wrong number in my phone). Eventually I stole a cab from an angry woman and was overcharged for a ride back to my apartment where I involuntarily re-experienced the taste of jello shots and passed out, vowing to never drink or even venture outdoors again.

In other words, I’ve been lost. And it’s nothing like this show. 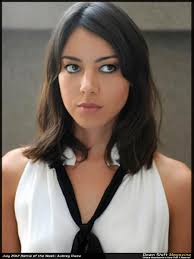 Find me the government office where Aubrey Plaza works and I can guarantee you can find my application there tomorrow. 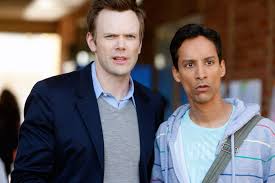 Take a community college course, and get back to me a year later. If you’ve talked to a single person from that class since you took the final I’ll give you a free copy of the most recent Childish Gambino CD. 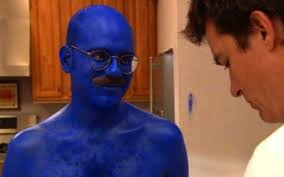 I don’t know how this one got in here. This show is exactly how real life works. 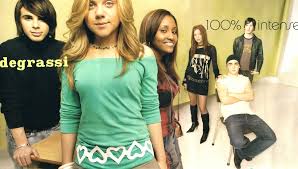 I’ve only been to Canada a couple of times. But its high schools didn’t seem to be overrun with pregnant, bisexual, alcoholic, fight club-starting, incredibly rich or incredibly poor, sixteen year olds with overbearing or totally incompetent parents.

The sad part is I know they’re lying to me. But I’ll still watch.