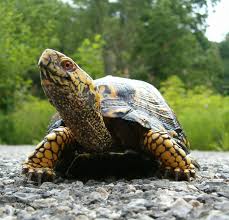 About a month ago, on this very site Clark Williams created his own power rankings. But instead of basketball or baseball power rankings or movie or television power rankings, he made a list of the ten hottest things in any category by creating the first ever edition of Earth’s Power Rankings.

Basically Clark took the power rankings formula and made them has incredibly broad as he possibly could. Today, I plan to do the exact opposite.

That’s why I am unveiling the Turtle Power Rankings.

I’ve always been a big fan of turtles. They do no harm, they are pretty lazy and their patience helps them win races. So as an avid turtle fan, I think I’m well qualified to rank the best turtles out there.

10. The turtle that adopted a baby hippo: 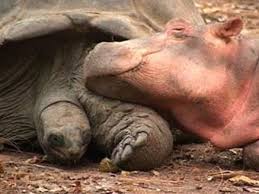 A friend recently told me the story of a baby hippo that survived a tsunami in Kenya. The little guy lost his mother. He was rescued by a shelter, but was traumatized by the whole ordeal. In the shelter he found a 100-year old tortoise and adopted her as his mother. It refused to leaver her side, going on walks with her and getting aggressively protective of anyone who seemed a threat to the tortoise.

Here is a link to that story.

This tortoise is awesome for a number of reasons. For one, she helped provide us with some of the most adorable pictures on the internet. Also, she is smart. A tortoise is already protected by the enormous shell on their backs (which you may or may not already know). This tortoise not only has a giant shell of protection, but also has a hippopotamus that will attack any instigators. I would say this is one of the safest living animals on the planet.

This story is pretty inspiring, but it’s important to note that tsunamis also affect humans. And while a mother tortoise might be willing to adopt an orphaned human, I’m not sure it would do that child any good. So here is a link to the Red Cross donations page. Red Cross is one of the quickest organizations in the world to respond to international disasters. 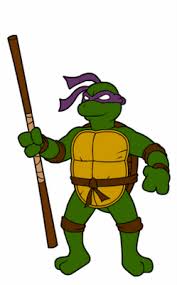 When you’re young you are obligated to pick a favorite Ninja Turtle. I picked Donatello. Maybe cause it was easier to hit people with big wooden sticks you find on the ground than it is to learn how to use nun chucks.

Here’s Donatello saying a little bit about himself (via nickelodeon.com):

“Donnie here. I’m the brains of this outfit, so I invent gadgets, weapons and awesome vehicles to keep me and my brothers safe.

I can also hack into computer systems, crack security codes and break through firewalls. The only thing I can’t figure out is how to get our best friend April to notice me.”

Can’t we all relate to that? Guy’s busting his ass out there, hitting bad guys with sticks and April barely even gives him the time of day.

8. Tortoise from “The Tortoise and the Hare”: 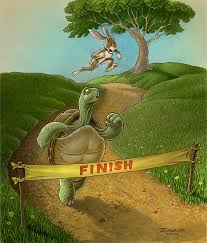 Have you ever tried to catch a rabbit?

They’re so smug and proud of the fact that they’re faster than you. That tortoise crossing the finish line first was a victory for all of us. 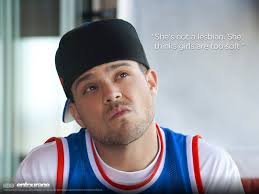 Turtle had the life that all of us have always wanted. He was the childhood friend of Vincent Chase in Entourage.

He eventually became so pampered that he was actually saddened when 50 Cent made fun of him for getting a luxury car for free: 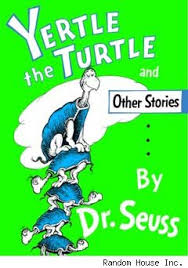 If you don’t know who Mack is then you need to catch up on your Dr. Seus. Mack was the guy who took down the only asshole turtle in the history of turtles: Yertle the Turtle.

Yertle was the king of the turtle and he commanded the other turtles to stack on top of each other so that he coud be higher than anything else in the world. Mack was at the bottom, which caused him a fair amount of pain. Eventually, Mack sneezed and Yerrtle came tumbling all the way down into the mud.

The lesson? If you’re first name rhymes with your last name people will make you fall in the mud.

Turtles serving practical functions for other animals are always winners in my book. 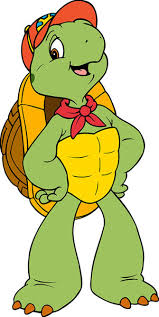 I don’t want to get anyone too excited all at once, but I did a little research and found out that Franklin the Turtle has his own twitter account. Being the only tweeting turtle on the planet bumps him all the way to number four in the rankings.

As of right now, Franklin is the only Twitter user to not have tweeted about The Walking Dead season finale. 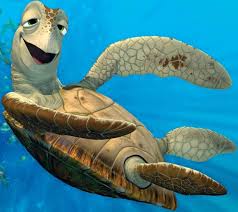 Before Crush no one had really made the turtle/stoner comparison. It seems so obvious now.

I orginally had Crush at number six, but moved him up three spots upon learning that a Finding Nemo sequel is on the way called Finding Dory. The additional buzz should give Crush enough momentum to make a play for the top spot. 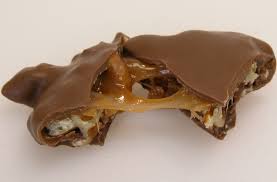 I’ll admit, there was a time when I thought that Turtle Chocolates were actually made of turtles and refused to eat them.

But when someone told me last week that it was just a nickname I actually tried one. And it was one of the most delicious things I’ve ever tasted. I’ve recently wondered what would happen if you fed a turtle chocolate to an actual turtle. Would it be like spinach for Popeye? Would it all of a sudden become really fast? Would it high five you for giving it the chocolate?

I know all of these things are unlikely, but I really want a voluntary high five from a turtle.

1. This Turtle Eating a Raspberry :

YOLO. Am I right?