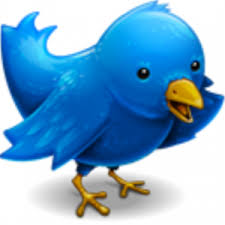 The Air It Out gang, True Money gang, and the Whoadey gang are in serious hot water. They may sound like dance crews from America’s Got Talent, but according to authorities they are three of the most violent street gangs in all of New York City.

Thankfully, there have been over sixty arrests and the police have made serious progress in taking these gangs down. How did they do it? By checking social media.

This article from ABC News explains that the three gangs were heavily involved in numerous shootings as well as gun trafficking. The police are quite proud of their takedowns. Apparently their hot leads came down to gang members tweeting and updating their Facebook status about some of the illegal activities they were taking part in, which I think we can all agree is quite foolish.

Well done, boys. Way to think outside of the box to fight the war on crime.

But I did a little more research on this subject and found this article on HipHopDx.com, which, like the ABC article, gives an example of the tweets and Facebook statuses that were used as evidence. Here’s the quote that Facebook status that is pointed out in both articles that the authorities apparently used to catch the criminals:

However, unlike the ABC article, this article points out that this is a quote from the lyrics of a Meek Mill song featuring Rick Ross called, “Tupac Back.” Another gang member was caught tweeting “God forgives…I don’t. Somebody’s got to die tonight,” which is also a lyric from a Rick Ross song.

Now, I wouldn’t go as far as to recommend letting these gang members go, I’m all for doing what you have to do to catch violent criminals. But I have to say, this doesn’t totally feel like due process. Quoting rap lyrics on Twitter is pretty common and doesn’t always mean anything. I mean, if you tweet the lyrics to a Ke$sha song then that doesn’t necessarily mean you’re a whore. It probably means you’re a little bit white trash, but that’s not a crime.

Also, how does Rick Ross not get in any trouble for saying all this?

So if this is the best way for us to take down killers, I’m all for it. BUT I think we should at least be fair and apply this to everyone. So here are a few celebrity tweets that I found, which contain rap lyrics or slang terms. It might be necessary that we bring these people in for interrogation.

Out in la ridin dirty.

You may not know this, but “Ridin’ Dirty” is a slang term for driving with illegal substances in the car. Not only did Bieber admit to doing it, but he gave his location. You don’t just quote Chamillionaire and get away with it.

Just to be clear, Pimp Status is NOT something i give out willy nilly. but we r trying break the KS record 4 most donations. can we do it??

“Pimp Status?” If we’re getting technical here, a pimp is someone who organizes and solicites prostitutes to willing customers. In order for Bell to be able to hand out “Pimp Status” she must be pretty high up on this organized movement. I understand that she’s trying to gather KickStarter donations for a Veronica Mars movie, but organized prostitution rings are not the right way to go about this.

You might think this is a joke, but New York authorities have long been suscpcious that Dory has associations with the Whoadey gang. Her and some guy named “Crush” have been smoking, selling and supplying marijuana across the Pacific Ocean for years now.