Or I could take this a step further. Did other people actually dress that way or was it just Will Smith and we associate Fresh Princes so strongly with the nineties that we just assume that was the style? To be honest, I don’t know. I was only 11 by the time the nineties were over and I don’t think I dressed like Smith. I do know I wore a lot of t-shirts with geckos on them. I also know that it’s been over four months since I’ve written about Fresh Prince of Bel-Air and that’s just unacceptable.

So I thought I would take you on a trip down memory lane and show you some of the best outfits Will ever rocked on the set of perhaps the best show of all time.

*Note: If any article finally gets me in trouble for image copyright infringement it will probably be this one. 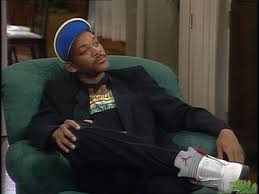 Here we have Will in serious mode. He is rocking a fresh pair of J’s, a cap (with the bill popped upwards) and a blazer over a color-coordinated t-shirt. Will could possibly wear this outfit to a job interview, but it would probably be more fitting for some sort of dinner party or gala. 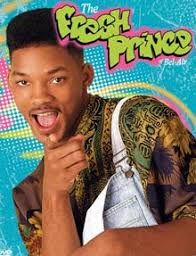 You had to be careful trying to pull off an outfit like this. First of all, you can’t just put overalls over any old shirt. It has to be an odd colored shirt with a ton of crazy designs on it. And I don’t think I have to tell anyone this, but don’t be a rookie, you only let one of the the straps go over your shoulder (your left shoulder) and you let the other one hang down. You don’t want to look like a fool. Will could wear an outfit like this while running errands around town. 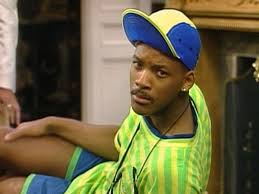 Are those Umbros? ARE THOSE UMBROS?!?! It might be too hard to tell, but they are definitely short. He’s totally ready to do something outdoorsy. His shirt is a bright color as to better reflect sunshine and UV rays. 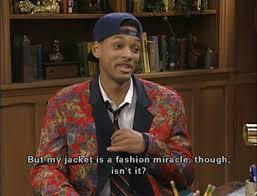 This is easily the coolest fashion statement that Will ever made. When he attended private school he had to wear a nice jacket and somehow still looked fly as hell. Did he get a new jacket? Why would the school allow that? I actually think he simply turned the jacket inside out, revealing the zany design on the inside. This would probably make the jacket much less comfortable, but who cares when you look that cool?

Denim on my Head: 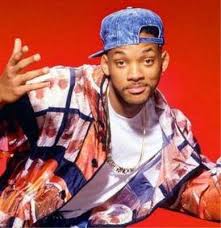 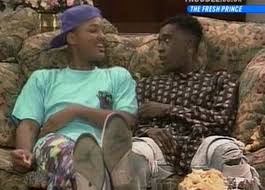 This is one of the coolest fashion trends of the nineties. First, you put on a white t-shirt with some crazy-ass pants. Then you get a hat and turn it sideways. Finally, you carefully place Don Cheadle right next to you. Best. Fad. Ever.

For some reason, the kids of Home Improvement never adopted Will’s fashion style despite being on air during pretty much the exact same time period. I can’t think of one reason why not.

One thought on “A Look Back: Clothing on the Fresh Prince of Bel-Air”