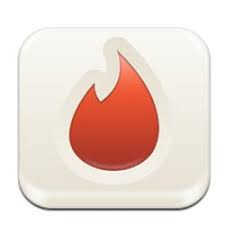 This is a short story. It’s a story. And it’s short. And I wrote it.

“Wow, this is incredibly shallow.”

That’s how Tom reacted the first time that he discovered Tinder. He didn’t delete the app or anything, but he definitely held himself to a high enough standard to think he would never take it seriously.

“Dude, I feel like an asshole rejecting these girls just based on a few pictures,” he told his friend, Luke.

“But that’s the beauty of it,” Luke responded. “They’ll never know. It’s completely anonymous. Everybody scrolls through a bunch of people and you have no idea who saw your picture. The only way you find out is if you both “liked” each other’s picture, then you’ll both be notified that you were a “match.” An ugly girl won’t even know that you rejected her, for all she knows, you never saw her picture.”

That actually did make Tom feel a little better, though he did realize it didn’t make it any less shallow of a process.

“Besides,” Luke added with a smirk. “If we don’t use it, then the ugly people will win.”

That was Luke and Tom’s running joke. “If we don’t get the extra large pizza, then the health nuts win.” “If we actually take this class seriously, then the nerds will win.”

It was basically their way of saying ‘don’t let people who are slightly different than us get what they want.’ Do the opposite of what they would, should or could do.

So he spent the day scrolling through pictures of girls and “liking” the ones that he thought were hot enough for his standards. His standards were pretty high, though. The pictures he liked were usually preceded by a “mehh, good enough.’ There was a little more variety to his rejections: “Ugly” “Ugly” “Ugly” “Fat” “Ugly” “I can’t tell if she’s the ugly one or the decent one.”

He dabbled with the app for a little over an hour then got bored with it.

Until the next morning, his phone vibrated. He had a “match.”

Her name was Ashley and he “liked” her the night before. She was pretty gorgeous. A lot ran through his mind. He analyzed the four available pictures of her forty times over and confirmed her attractiveness. He was pretty exhilarated and proud of the fact that he had chosen the right pictures to make himself look appealing enough to Ashley.

Obviously he didn’t talk to her. He was too scared. Besides, it wasn’t really about the potential of meeting up with this girl, it was more about the vain thrill of knowing that someone else was attracted to him.

Naturally he spent the next few days on Tinder, scrolling through pictures of girls. He was obsessed. Every time that he pulled his phone out to check what time it was he just added an additional five minutes to the number he saw because he knew that he would spend the next five minutes on Tinder. Every “match” gave him a new thrill. If he ever went two days without a match he became extremely depressed. He even took about five “selfies” each day in front of the mirror to make sure he was using the best possible pictures for his profile.

Then one day he was scrolling through Tinder pics while pretending to listen to his parents (something about them “growing apartments” or maybe it was “growing apart.” He had just seen a pretty good looking girl on Tinder so he was pretty zoned out). That’s when it happened.

It was Ashley. His first match. By that point he had plenty of matches, but had never talked to any of them. It rocked his world. He was nervous. Should he comb his hair? “What do I say back? Is this a prank? I can’t deal with a Manti Te’o situation”. He responded.

“Not much, just hanging out with some friends” (He wanted to seem cool).

“Oh, cool, your profile says you like Dexter. I love that show.”

As you might be able to tell, it was getting pretty intense.

Five months later. They’ve just gotten married. It was a beautiful wedding with 39 of Ashley’s friends, 28 of Tom’s friends and 17 mutual friends. There was a great ratio of people who attended/people who checked-in at “Tom and Ashley’s Wedding” on Facebook (which was very important to Ashley). One of Tom’s groomsmen live tweeted the event and had an average of three retweets per tweet. And most importantly, when their relationship status changed to “married” on Facebook it received over 180 likes.

Not to mention Tom’s speech was pretty heartwarming.

“I remember the first time I saw Ashley. She was one of the quickest “likes” I ever had. I love how her first picture is of her awkwardly squatting and touching her knees with her sorority sisters. I love the aviator sunglasses she wears in her second picture. I love that her tagline is a Mark Twain quote, but she hasn’t read a book since high school. It was love at first Tinder.”

Tom and Ashley settled down and bought a house. They even had two little Tinder babies. A girl and a boy. Tina and Derrick.

Everything was perfect. Except it wasn’t.

Tom was still Tindering. He couldn’t stop. He loved the thrill. He was still getting matches. The ego boost was more than he could resist.

Then one day, he was tindering and walking down the street, something he knew was dangerous, but he couldn’t help himself. He bumped into someone, a homeless person who screamed at him and sprinted away. The collision caused him to drop his iPhone. He looked down, and there it was, facedown in a deep puddle.

He picked it up and was devastated. The phone was ruined. He could still make out the words “Tinder” at the top of his screen, but the images were fuzzy. How could he tell if the girls were hot or not?

Heartbroken, he returned home for comfort. Only his home was empty. No Ashley, no Tina, no Derrick. Their rooms were empty. The pictures on the walls were gone. The wedding tapes were no where to be found.

Scared and confused, he called his mom.

“Mom, have you heard from Ashley and the kids?”

“Who is Ashley? You’re acting weird, honey. Also, if you see your dad tell him if he doesn’t pick up his golf clubs soon then I’m throwing them out.”

Tom hung up the phone. His mind was racing.

“What’s happening. Was any of this real? And why would I see dad before mom does? They live together.”

Tom sat in his empty house. He was more depressed than he had ever been. He stared aimlessly around the living room. Just under the reclining chair, barely sticking out, he saw something shiny.

It was an iPad.

He took it out and played Angry Birds for 12 straight hours. He never thought of Ashley again.