I don’t know the difference between 4/19 and 4/20, but I do know that a lot of people sure act differently on 4/20. A lot of people eat more junk food, laugh a lot harder at my jokes and pretend to know what Bob Marley’s lyrics meant culturally.

I’ve also noticed that people’s opinions on movies change drastically on this day. In fact, some people become much more frightened by films that are generally not supposed to frighten them.

So here is a list of films that, all of a sudden, become classified as horror movies strictly on April 20th.

Some people watch this movie on 4/20 and become extremely paranoid. They will go to the house that they grew up in and rummage through their childhood toys, shouting accusations at them. They will sit them in a small prison made of Jenga blocks and reenact interrogation scenes from Homeland and Zero Dark Thirty.

“I know who you’re working for, Stretch Armstrong! Where is Osama Bin Laden?!?!” 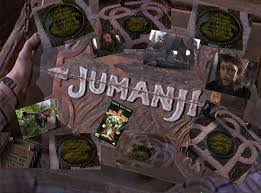 If you let someone watch Jumanji on 4/20 you’re just being irresponsible. God help you if you live anywhere near a zoo.

Most likely they will bury Hungry, Hungry Hippos and Battle Ship in your backyard “just to be safe.” They will also cheat in a five minute game of Monopoly with you and then try to spend the colorful bills at various stores throughout the day. 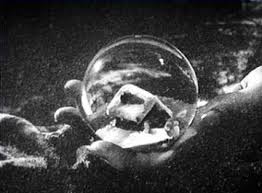 I’ll tell you right now, someone watching Citizen Kane on 4/20 will not be patient enough to wait until the end to find out what “RoseBud” means. Their eyes will turn as wide as dinner plates and they will stare at the screen and softly say “What does it mean?

Then they will turn to you and softly ask, “What does it mean?”

Then they will pick up random products and read their label and follow that up by saying, “What does it mean?”

“Samsung. What does it mean?”

“Adidas. What does it mean?”

You get the point. 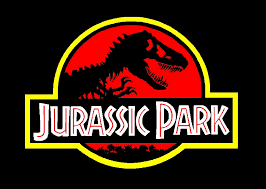 I know what you’re thinking,  Jurassic Park is already relatively scary every other day of the year. True, but people watching it on 4/20 will come up with a thousand theories about the movie like it was Inception and they won’t stop talking about their ideas.

“Wait, doesn’t this mean that dinosaurs just evolved into mosquitos? Could they evolve back into dinosaurs? Is that why they are always preying on me?”

“Do we really know that Sam Jackson is dead? All we saw was his severed arm. He might still be alive. Maybe they are holding him hostage. My god, you don’t think…it couldn’t be…maybe…Sam Jackson is WORKING FOR THE DINOSAURS!!…Hold on to your butts.”

“What if…and hear me out here…they don’t actually travel to a tropical island where they keep the dinosaur park…What if…the helicopter that they ride in is simply a time machine and when they reach turbulence they are acutally entering a different dimension?”

**Total discretion: I actually thought of that last one today. It has nothing to do with 4/20. Feel free to tell your friends about it, but send the credit my way.

I know  your first guess would be that people watching this movie on 4/20 would become scared of alien attacks. Actually they won’t make it that far into the film. After about 25 minutes they will demand to be taken to a golf course where they will look inside every hole in hopes of finding Michael Jordan.

Willy Wonka and the Chocolate Factory:

In all seriousness, this one probably warrants the most serious consideration. There are a lot of rumors that this film was actually intended as a psychologically frightening or even horror movie, with the understanding that most people would not see it that way. Some believe that Gene Wilder was cast in the part of his ability to play the character in a perverse and odd way and that he was instructed to be as creepy as possible.

The argument for the film as a horror movie would be supported by the fact that every child except for Charlie is killed or disfigured in the movie, slowly, one by one. Even Charlie is almost chopped to death by a propeller. The factory itself is a psychedelic universe run by Wonka and his army of slave dwarves.

If you don’t believe me watch this entire scene:

“Not a speck of light is showing, so the danger must be growing. Are the fires of hell glowing? Is the grizzly reaper mowing?”

What the hell was that about?

People watching that scene on 4/20 will freak the eff out. 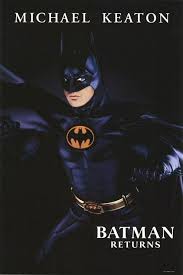 364 days of the year Heath Ledger’s performance as the Joker will haunt you and leave you chilled.

But on 4/20 viewers will be downright terrified of Danny Devito’s performance as the Penguin. 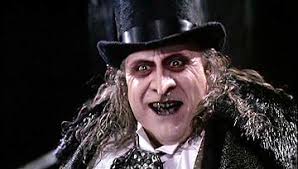 So just keep all of this in mind tomorrow. For some reason, you can’t just pop in any old movie on April 20th.