A Parody Of a Parody. 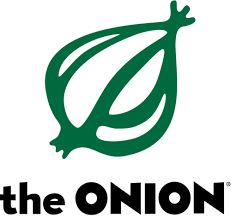 CHICAGO — Various paragraphs written in Onion articles have become increasingly jealous of the headlines written above them. They apparently claim that everyone laughs at the headlines, but never bother to even read the entire article.

One paragraph written in a Tim Tebow parody went to the media to explain his displeasure.

“Honestly, I don’t think a single person even read me. I’ll admit it was a pretty good headline. It said ‘Ground emerges as Tim Tebow’s Favorite Target.’ How am I supposed to compete with that?”

Another paragraph written in a political parody about Barack Obama vented about the lesser role that actual content was taking within the Onion.

“This is getting ridiculous. No one reads the actual articles. They just read the headlines, laugh, and then move on. And ever since Twitter came out they just tweet the headline and people don’t even have to go to the site. I have funny stuf to say too. This is total bullshit.”

This is an unsettling news for Onion fans. Some worry that the tension has grown so high that the headlines and paragraphs may not be able to mend their relationship and continue to work together.

Onion writer Seth Reiss claims the problem has been developing for months.

“Honestly, I understand where the paragraphs are coming from. They kind of get the short end of the stick. I mean, I do my best to make the articles themselves as funny as I can, but I spend so much time trying to think of the perfect headline that my brain is usually pretty fried.”

One Onion headline about Pope Francis talked to the media and only fueled the fire between the two sides.

“Look, why are we dancing around this? More people read me because I am the funniest part of the article. Everyone knows that Onion articles are made by their headlines. You have to showcase your talent. No one goes to Miami Heat games to see Shane Battier, they come for Lebron James. Headlines are like the Lebron James of the Onion. The paragraphs are like the Shane Battiers or Mario Chalmers. Maybe if they stop whining we’ll let them be our Chris Bosh.”