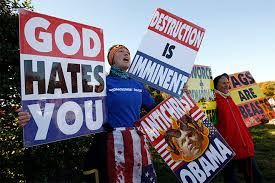 You probably heard earlier this week that 12-year NBA player Jason Collins announced that he was gay, becoming the first professional athlete in any of the four major sports to come out during his career. Collins received largely positive support all around the NBA.

The Westboro Baptist Church is not happy about this development. This is the same group that strongly opposes gays and Jews, celebrates the death of American soliders and claims that Barack Obama is the anti-Christ.

How dare he? Combine this with the 2012 movie Thunderstruck that came out in 2012 and apparently is about Black Magic, and Durant has really pissed off the Westboro Baptist Church. So much so that they plan to picket outside of Game five in Oklahoma City between Durant’s Thunder and the Houston Rockets. They also plan to picket Game six between the Chicago Bulls and Brooklyn Nets in Chicago.

Not only that, but they have invented, and plan to implement, the hashtag #GodH8sTheNBA.

I read somewhere (I think it was the Bible) that God actually loves everybody. I read that He doesn’t hate any of his creations. But I have to admit, I’m not sure if I believe that. It’s kind of embarrassing that such a petty protest would be powerful enough to change my beliefs on what God does and doesn’t hate.

But it’s hard for me to believe that God loves people who spell out “hate” with the number 8 and then use it in a hashtag.

Then again, God is a lot more forgiving than I am, so maybe He really does love everyone.

Because the Westboro Baptist Church is made up of such a rationale group of people, I’m willing to hear them out on their claim that God hates something that I’ve treasured since I was little kid and have spent countless hours writing about. BUT they’ll have to answer a few questions before they convince me that God #H8s the NBA.

If God #H8s the NBA why would he provide us with the following things. 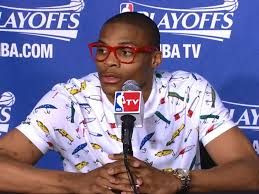 Matthew 6:25 says “Take no thought for your body…what ye shall put on.”

I was watching the game live when I saw this guy. As I assume most people did when seeing him, I created a story for him. I’ll start with the facts: the series between LA and Memphis was tied 2-2 going into this game making it a very important game. The game was in Los Angeles so this man was one of very few Memphis fans in the building.

Now the made up part: I gave this guy the name Glen. The number on his jersey is 151, which for a split second was my first guess of his age. Then I realized that he must be much, much younger than that. Because he was standing by himself I guessed that he came to the game by himself. My best guess is that he lives by himself and had a young son or grandson who was a huge Memphis Grizzlies fan, but tragically passed away at some point. After this, Glen adopted the Grizzlies as his team and became an even bigger fan than his son/grandson was. Living in LA, he knew this was his chance to see Memphis play a huge playoff game. He put on his jersey, bought a single ticket and got to see his team win a great game and it was the happiest he had felt in years.

I don’t know what this has to do with God not #H8ing the NBA, but why would God allow this fictional and heartwarming story about Glen to happen if he #H8ed it?

Shouldn’t you have to walk a mile in someone’s shoes before judging them?

Only God can claim to really know what other people are going through. The NBA might get criticized for a lot of things and a lot of it may be justified, but they are made up of more accepting people than most realize. Many of them came up from extremely difficult situations to get where they are and they accept others because they know that everyone in the NBA has a story of perseverance to tell.

Everything might seem like a choice to the Westboro Baptist Church, but many of us are born into lives with extremely difficult or painful obstacles and situations. I don’t think we are ultimately judged by our ability to change those obstacles, but in our ability to recognize those obstacles in others and love and accept them  for who they are.

We might have different opinions about religion, but I don’t think you’ll be left out of heaven for caring about too many people.