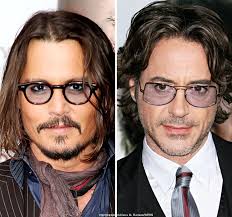 Let’s get one thing clear: Robert Downey Jr. and Johnny Depp are both very talented actors. They both have played roles that have been critically accepted as borderline brilliant performances.

That being said, the reason that both of them have made boatloads of money over the past eight years has a little to do with their acting chops and a lot to do with their ability to play snarky, smart ass characters that happen to end up on lunch boxes all over the world. It also helps that literally every word they say makes every middle aged woman go crazy.

But the real question is who is better at being snarky and quick-witted on screen?

Let’s take a look at both of them… 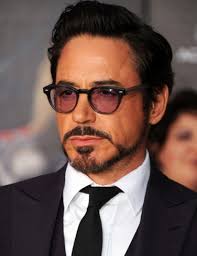 RDJ was a talented actor in the nineties who unfortunately got caught up in a whole mess of drug addiction (marijuana, cocaine, heroine), but battled back, kicked his demons and returned to acting in the mid-2000’s.

He’s had a great comeback since then becoming the face of the blockbuster hits Iron Man and Sherlock Holmes. He is 48 years old.

In both of his huge box office hits (and pretty much every movie he is in) he comes across as a the wittiest guy on the planet. He does this by implementing weird, perfectly sculpted facial hair and reading his lines extremely fast. The typical dialogue goes as follows: another character (usually a bad guy, or woman he’s about to have sex with) says something at normal speed and he comes back with a much more clever and much longer rebuttal. And then we high five each other and say “Got em! Classic Tony Stark” (Stark rhymes with snark, coincidence?).

In reality, no one talks that fast. People in actual conversations can’t think of witty enough things to say in situations no matter how clever, good looking, rich or super hero-like they are. Most of us think of the witty comeback about five minutes later and kick ourselves for not thinking of it at the time, but in actuality it still wasn’t that funny.

Here’s a clip from the newly released Iron Man 3:

In the clip, Downey employs an acting tactic called “seeming more calm than Don Cheadle.” It’s a classic trope among smart ass actors. This is just a glimpse of fast talking Tony Stark, responding to people the second they finish speaking (almost as if he didn’t have to think of a response, he was just reciting memorized lines), making fun of goofy kids, signing autographs, all tools in Downey’s repertoire . 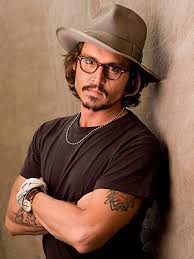 Unlike Downey, who was actually addicted to drugs, Depp often behaves and/or dresses like he is on drugs at any given moment.

Depp is 49 years old and also keeps strange facial hair on tap and ready for the big screen.

Depp uses the same tactic of being the clever smart ass who talks fast and is one step ahead of everyone. But instead of trying to look like the coolest guy in the room (like Downey), he accomplishes this by being flamboyant and weird, specifically in his role as Jack Sparrow in Pirates of the Caribbean. He moves around, flailing all over the place like his joints were removed.

Here’s a clip of random Jack Sparrow moments (watch as much as you like):

If the guy with dreadlocks in his beard that hangs out by the grocery store sounded like that I bet your mom would be a lot more likely to give him some change.

This is a pretty hard decision, but I think we have to say the wittiest, fast-talking, middle-aged man in Hollywood is Robert Downey Jr.

At this point it’s his whole schtick. While Depp still sort of hangs his hat on the borderline crazy person persona.

Plus, Depp does the one thing that old(ish) people can’t do if they want to remain cool: He tries to act young. That’s really off-putting to young people. Getting old doesn’t make someone uncool to young people. How often do you hear people complain about how lame Tom Petty, Christoph Waltz or Julius Irving are? But I don’t need Johnny Depp to remind me for the 40th time that he’s tight with Dave Grohl. We  get it, you like similar music as me, congratulations.

Robert Downey could bang out a Sherlock Holmes and Iron Man movie every year for the next 10 years and they would all make upwards of a bajillion dollars. That’s why he’s the champ.