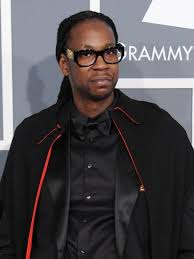 I’m not sure why he’s amazing. But he is. It might be his ridiculously slow and overemphasized souther drawl. It might be his simple lyrics. Or it might just be the cool way he introduces himself before he starts rhyming.

But I DO know that he is much like ranch dressing. Ranch dressing makes everything better, but if ranch dressing is your favorite food then you probably need some sort of helmet in your everyday life.

Back to my original point: 2 Chainz is amazing.

And there are just too many 2 Chainz-related thoughts running through my head for me not to document them in some way. But what am I going to do, pick a day of the week and just randomly write about 2 Chainz every week?

Bare with me on this first edition. There’s so much 2 Chainz stuff to cover and I don’t know where to begin so this might be a little unorganized and disjointed, but here we go….

-2 Chainz was a standout basketball player in high school and attended Alabama State on a basketball scholarship.

-2 Chainz used to rap under the stage name Tity Boi.

-2 Chainz started from the trap now he rap.

-2 Chainz has known Ludacris since before either of them signed to a major recored deal. They lived in the same apartment complex in Atlanta.

2 Chainz lyric of the day:

“I got more hoes than four hoes,

I had a foursome for Christmas!

Let me turn it down, my baby mama listening,

Totally. I have Benihana issues as well. I’m allergic to certain fish. Also, I got an iPhone cover for Christmas.

I’d also like to add that none of those words rhymed except for “more” and “four.”

2 Chainz interview snippet of the day:

AskMen.com caught up with 2 Chainz for an exclusive interview. Here’s a snippet:

You’ve put a lot of money into designers’ pockets. Ever thought about your own clothing line?

That’s true, you don’t want to move too fast. He needs to keep things like his lyrics: slow. I guess we’ll have to wait on 2 Chainz Turtlenecks and 2 Chainz Tuxedos.

2 Chainz Outfit of the day: 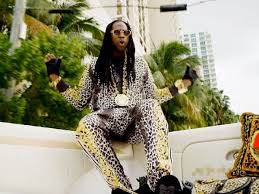 This is a 35 year old man, ladies and gentlemen.

Earlier this year 2 Chainz guest starred on the show 2 Broke Girls, a development that proves that literally anything can happen at any time. I’ve never seen this show, but here’s a scene from the episode.

Ranking of the actors:

Next week we will be discussing 2 Chainz’ switch from the name Tity Boi as well as go over his guess appearance on the show Law and Order: Special Victims Unit.

Also, be sure to check out our proposal of why the world needs a 2 Chainz hologram.

One thought on “Tuesdays with 2 Chainz”