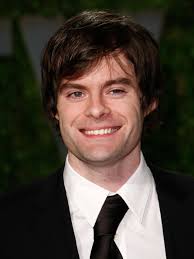 The great Bill Hader is leaving Saturday Night Live after eight years with the show. His last episode will be this Saturday. Hader should be remembered as one of the best cast members in the show’s forty-plus year history. He’s an excellent impersonator, a great fill in for roles like host of a fake game show, and he has played countless goofy and hilarious characters over the years. The show will miss him greatly.

Considering few people have made me laugh more in the past ten years, I decided to write some sort of tribute to his time on SNL. Unfortunately, the title of this article is a bit misleading. I tried to find the five best Bill Hader Sketches of all-time, but I quickly learned that is impossible. There’s too many hilarious ones. So instead I decided to make things very simple: I’ll just provide you with five hilarious Bill Hader sketches that you might have forgotten about.

*Note: You might have already read some sort of Bill Hader tribute in the past day or so on other sites or publications. They also probably featured funny sketches. But can you really complain about watching hilarious videos that will make you laugh? Is that really time wasted? No, it’s not.

With The Office wrapping up this week, I thought I would pay tribute to it along with Hader in the first sketch. It’s probably silly to say that this is one of Hader’s five best sketches considering he’s not featured in it all that much. BUT it should be noted how impressive it is to play a dead on impersonation of Dwight Schrute while speaking in only Japanese (answering the phone “misha misha).

Stefan is probably Hader’s most popular character. In a podcast Hader was on last year, he explained that he and an SNL writer come up with the ideas for the night clubs together in the week before the show. However, during the live taping of the show, the other writer changes a few of the random things that are at the “clubs” and inserts them into the cue cards. So Hader is reading some of them for the first time, hence the inability to refrain from laughing.

Hader showing how all of us feel when we are nodding our heads and pretending to understand what the phone salesman is talking about.

One of the most underrated comercial parodies the show has done.

“No one was laughing out loud that day in Grenada.”

You will be missed Bill Hader.