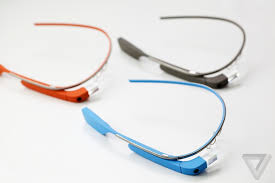 Google Glass is on the way. In fact, they have already created it and they are just identifying and working through potential problems before releasing it to the masses. So we’re on our way to all looking like robots.

For all I know, Google Glass could end up becoming extremely popular over time. It might end up being something that literally all of us are using five years from now. BUT that won’t happen immediately. A ton of people held out a couple years before buying a smart phone. There was something like a four-year period when our VHS and DVD collections were almost equal.

The point is that for the first year or so after Google Glass is released there will only be certain kind of people who own and use the product. I’m here to help you understand who those people are.

People that Invite you to “Google Hangouts”: 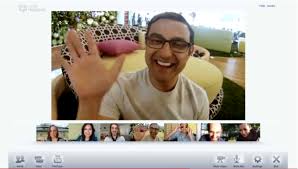 Have you ever been asked by a friend, potential employer, co-worker, or relative if you have time for a Google Hangout?

The response in your head was probably “I guess. Or we could just talk on the phone. I don’t really care what color the wallpaper behind you is.” 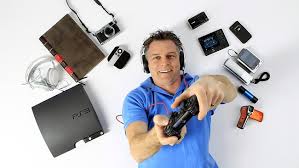 Your dad will definitely get Google Glass just like he got an iPad to keep track of all his non-business stuff. He will probably be super patronizing about how behind you are in the tech trends and exaggerate how great the product is.

Most of all, he will never take the glasses off. He will wear them at the dinner table and your mom will grip her fork extra hard because she “doesn’t want to make a scene at the the table,” but she’ll totally make a scene at the table. He will wear them around you and your friends/class mates/co-workers/boyfriend/girlfriend and use slang that he can’t come close to pulling off.

Get ready to hear how “sick” Google Glass is.

The dude that just bumped into you: 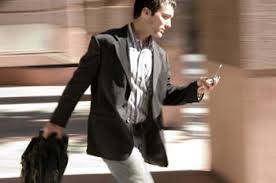 The problem with smart phones is that it is so hard to walk and play Words With Friends at the same time. The phone is always shaking, making it hard to concentrate, and then someone stands in your walking path and the collision totally makes you lose the triple word you were so close to figuring out.

Luckily, everything on a smart phone can be directly in front of your eye. Get out of the way, world!

The dude that just hit you with his car: 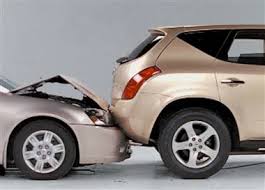 I bet you thought that red light near your house was a safe place to stop. Unfortunately, Jeremy missed the season finale of Game of Thrones and decided to watch it on Google Glass on his way home from work and one of the many scenes of excessive female nudity just so happened to be playing as he was approaching your car.

People who wish they had superhero catch phrases: 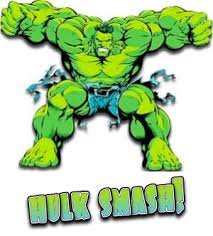 The default setting of Google Glass will be much like the locked screen of an iPhone. Except instead of sliding your finger across the screen to use it, you simply say the words “Ok Glass” and your home screen will appear.

The common person will be quite embarrassed to say this in a public place. But some people will love the attention and say it much more dramatically then necessary as if they just got a mission to save the country and their glasses are briefing them on the details. In actuality they are checking the Yelp! rating of a restaraunt they will never actually go to.

Other strong candidates to use Google Glass are guys that wear flannel shirts, people who can’t afford Google Glass, trophy wives who run “boutiques,” the guy that knows exactly  when the iPhone 6 comes out and updates you with what it’s rumored to be able to do and, of course, Kim and Kanye’s baby.

So be on the look out for these people in the next 12-18 months. They’ll be the ones that look like gigantic nerds.