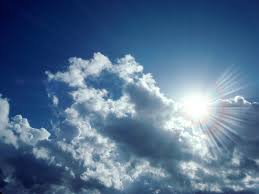 A lot of people have told me that my writing style is very “conversational.” That’s probably the most common positive thing said about my writing, especially in regards to this website. The other thing I hear most often is “you write about the most random stuff in the world.” That might be true as well.

I would probably agree that my writing is pretty conversational. But I haven’t always written that way. Most of my writing over the past year has dealt with sports, pop culture or humor in one way or another. But I remember a time when I used to be able to put words together in a more eloquent style of prose. And I used to write about things that were more philosophical or socially important.

So I thought I would dust off the cobwebs and try to write a fancy essay with big words that covers a profound subject. But, for whatever reason, I’m not very good at remaining serious for long periods of time, so the result is that terrible, out-of-context, one-liner jokes will probably get thrown into the mix.

Without further ado, here is my first essay. The topic is empathy. All words and viewpoints are my own (including the shitty jokes).

Every time the masses willingly ignore or make themselves ignorant of the realities that exist below them they are only sanctioning themselves from a spectrum of which they need all of to be at peace. Ignorance is bliss only as much as denial is the most painful level of discontent.

Not everyone realizes this, but when a person turns the age of 50, they are required to start texting with their index finger.

We’re sometimes told that it is empathy that separates us from the animals, but we can only assume that animals lack empathy based on observing their actions. Sadly, it is hard to determine whether another being or species would make the distinction that we have empathy based on our actions. It is no revelation that having empathy and acting on it are very separate things. One could perhaps use this argument in the claim that we do indeed “have” empathy, in the same sense that we can experience sadness, grief or even happiness, but that there is still the remote possibility that animals may experience it as well.

When the time comes that SATs are taken exclusively on iPads, I still think that students should be required to bring Number 2 pencils, just so that they can experience the stress of having their college futures decided by whether or not the weird kid next to them brought an extra one.

However, it would certainly not be out of line to say that we, at times, believe that we possess empathy simply because we managed to come up with it and establish it as a concept, as well as articulate it within our vocabulary (across a vast medium of languages). This justification is, of course, a ridiculous and somewhat arrogant point of view based, perhaps, on our own sense of accomplishment. We imagined concepts such as flying through the air or breathing under water and, through our own advancements in technology, we accomplished such tasks. Suffice it to say, reaching those accomplishments is quite different from inherently possessing those qualities.

Jokes about carrier pigeons have become really passé. In my opinion, they just aren’t very timely.

As far as empathy is concerned, there are a number of actions that we might point towards as proof of its existence within us. However, empathy is by no means a unanimous prerequisite of charitable acts. Motivations such as guilt, peer pressure and vanity are just as likely, if not more likely, precursors of generosity and charity. This does not necessarily diminish the merit of the goodwill that comes out of such actions, but neither does it serve as evidence that they came from a place of empathy.

An enormous separation between us and animals (situationally speaking) is that we have many more rooted interests based on the world and societies that we have created for ourselves. Our basic needs are quite similar, but we have tendencies and desires (both extremely minute and very significant) influencing not only our decisions, but also our feelings. Perhaps, our interests are too numerous to claim that we are able to make any decisions without one of them in mind. Religion is a vested interest. Being told to do something by a higher being is an act of obedience and not empathy, even if we are told why the act is important. The belief of “karma” is a vested interest as well.

A lot of people don’t believe this, but if you play Maroon 5’s “Love Somebody” backwards then you’ll hear a shitty song backwards.

It is a discouraging thought that it is perhaps easier to prove that animals do not possess empathy than it is to prove that humans do. But the grim notion that empathy does not exist within us does not have to be accepted. What we may have to accept is that it is a condition that comes and goes in a similar fashion as so many other conditions that accompany our state of being. Similar perhaps even to a common cold. We would like to think that empathy is something that we can control, that perhaps we are “more empathetic” than our peers. But one could argue that as soon as empathy becomes voluntary it ceases  to be empathy. That does not mean that it is a condition that is completely out of our control. The chances of catching a common cold are influenced by our behavior and how we take care of our bodies. Likewise, empathy is not random. We will be more susceptible to “catching” empathy when we pay attention to the spectrum that stretches far beyond our own comfort zone.

Empathy, I believe, is deriven from curiosity and wonder. But only the type of curiousity that has nothing to do with one’s self. It is not wondering why someone else’s life is worse than our own. That is merely sympathy, often rooted out of guilt. Instead, simply wondering what someone’s else’s life is like, out of curiosity and general interest. Or what an entire demographic’s experiences consist of for reasons that have nothing to do with the demographic that you may fall under. This type of wonder is not empathy in of itself. It only leads to it.

In conclusion, I’ll probably be late to my own wedding if Shawshank Redemption happens to be on TV that day.