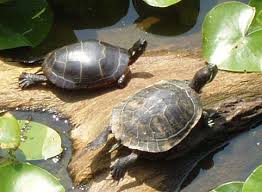 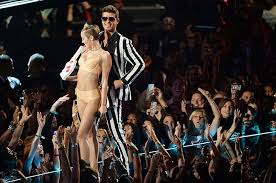 Harold and Brian are two neighbor turtles that commute to work every day. Their job is about 150 feet away, making it a 45-minute commute. This was their conversation Monday morning:

“Not Much. So did you catch those VMA’s last night?”

“Sure did. That Miley Cyrus has really come out of her shell since ‘Party in the USA,’ huh?”

“You got that right. How about the shots of the crowd during her performance? And I thought we were awkward.”

“I mean it was so weird. I didn’t understand the backup dancers with bears tied to their backs. Uhh, I’ve been carrying something heavy on my back since the day I was born and let’s just say it’s not easy to twerk like that.”

“Yeah, no kidding. She kept singing about Molly? What’s Molly?”

“I think it’s a drug that the kids are taking these days. My son, Franklin, says all the rappers are singing about it.”

“Oh that makes sense. I wonder if that’s what that Hare was on that tried to race you. Remember, last week?”

“Oh yeah, that dude was definitely on something. He was so fast at the start of the race then he just crashed like halfway through.”

“I mean, honestly the performance wasn’t even that bad until she started dirty dancing on that zebra.”

“Zebra? That wasn’t a zebra, that was Robin Thicke…I think he was wearing striped pants to hide a certain something.”

“Well, let’s just say I don’t think I was the only slow poke that came to see the performance last night.”

“Sorry, sorry, sorry…. You got to admit, that one was pretty shell-arious.”

“I guess. Miley acting all provocative really wasn’t that surprising, but I was shocked that Woopie Goldberg would associate herself with such demeaning behavior.”

“Oh really? That actually makes a lot more sense now that I think about it. That dude raps slower than I walk.”

“Shell yeah he does.”

“So, would you let your kids listen to Miley after seeing that?”

“Tell that to Will Smith’s family. They looked pretty upset.”

“I think they were actually reacting to Lady Gaga.

“Either way, they couldn’t have been more upset than I was after seeing After Earth. I felt like a sea turtle after seeing that sinking ship of a movie.”

“Well, I guess we’re here. What were you going to do for lunch?”

“I was thinking about leaves.”

“Alright cool, I’ll see you back here around noon.”