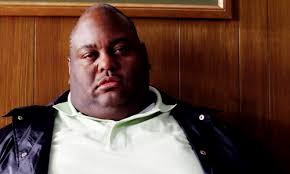 As Breaking Bad comes to a close, you’ve probably already heard that AMC has green-lit a spinoff based on Walter White’s grimy and resourceful lawyer, Saul Goodman. A lot of people are excited about  Better Call Saul (which will be a prequel) and are just glad that a little bit of their Breaking Bad universe can remain alive for at least one more season.

I’m excited for it as well…I guess. My only concern is that we’re already familiar with too much of Saul’s story. Watching him will just make us wish that Walter or Jesse will walk into his office and the gang will all get back together to cook up some meth.

If they want to make a spinoff they should base it off of a character that we know almost nothing about, but will still all recognize. That’s why I propose the production of Better Call Huell based on the life of Saul Goodman’s trusty bodyguard, Huell.

In a recent interview with Rolling Stone magazine, Lavell Crawford, the actor who plays Huell, said this about the Saul-spinoff: “If they wanna do it, I’m game. I’d be love to see what his (Breaking Bad show runner Vince Gillagon) mind would think of.” Clearly Crawford is available.

Are you going to try to tell me that you don’t want to watch a show based on this guy?:

Here’s my pitch for the pilot:

Huell, only five years removed from being kicked off of the University of New Mexico football team for failing multiple conditioning tests, is looking for work. He becomes a night security guard at the zoo where he meets Patrick Kuby (Bill Burr) who also works security for the zoo. They are put in touch with a Japanese zookeeper who wants to smuggle one of the zoo’s rare Komodo Dragons back to Tokyo. They pull off the heist. It starts with animal smuggling which leads to security work for drug dealers which leads to security work for crooked lawyers and plenty of shenanigans ensue. Throughout the series, his girlfriend is pressuring him to keep away from illegal jobs, but he can’t resist the money.

There will be laughing, crying, and plenty of heavy breathing.

Here’s my reccomendations for potential cast members (besides Crawford): 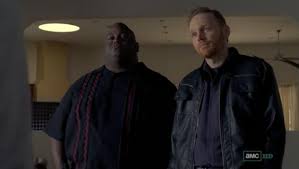 One’s the fast talker and the other is the extremely slow talker, a perfect pair. 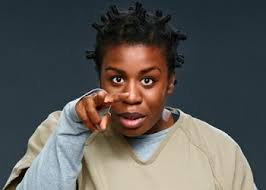 Aduba plays “Crazy Eyes” in Orange is the New Black. She won’t be as insane and intentionally unattractive as she is in Orange, but the character of the girlfriend will have to be played by someone who we’ll believe as crazy enough to date Huell and intense enough to have some control over him. 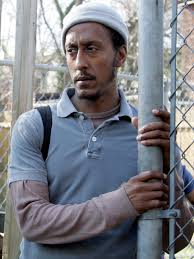 That’s right, “Bubbles” from The Wire. The guy needs to make his return to television, this time as a drug king pin instead of an addict. Maybe we could see his ruthless side. The contrast in size between him and Huell would create all sorts of hilarious interactions. 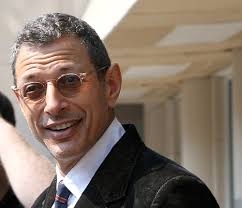 So at one point, Huell does some bodyguard work for a local politician who tries to force a young campaign manager into having sex with him. Huell stops the act from happening and intimidates and humiliates the man with his enormous size. Throughout the series, the politician tries to take Huell out for revenge. I have no idea why Jeff Goldblum is playing this character, it just feels right to me.

I feel as though I’ve made a pretty strong case for the potential of this series and I expect pre-production to start in the next four months. Sure, right now Lavell Crawford might just be the 14th most important character on Breaking Bad, but once this show takes off this sort of behavior will be a regular thing for Mr. Crawford: