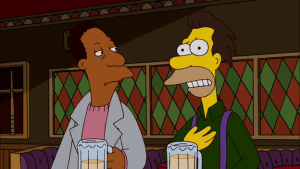 I have never checked the statistics of this website to see how many people are reading it. Not once. For all I knew, no one is reading any of these words. Last Sunday, I realized that people actually are reading.

I realized it during the series finale of Breaking Bad. The episode featured the triumphant return of Badger and Skinny Pete (if you haven’t seen it yet, calm down, that spoiled nothing…except for, you know, the best part). I have written an indefensible amount of words about Badger and Skinny Pete on this website. I was pleasantly surprised by the number of tweets (and texts) that I was berated with within five minutes of B & SP hitting the screen.

So I guess…thank you guys for reading.

Anyway, I also became sad that Breaking Bad was over because it meant that I had probably written my last words about my two favorite characters. Then I realized that Vince Gillagon and AMC don’t own me. If I want to write about them one more time then I will.

So I created the “Badger and Skinny Pete Power Rankings” for all of television past and present. See, plenty of shows have characters like B & SP: buddies who are almost always together and lighten the mood one way or another.

The criteria is pretty loose. To qualify neither of the characters can be considered the lead in the series. They can have extremely small roles in the show or they can be prominently featured. They have to be friends and they have to give the show a more broad perspective beyond the main characters.

Without further ado, here are the rankings:

8.) Angel and Masuka from Dexter 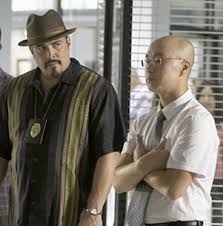 To be honest, I’m not the biggest fan of Dexter, probably because 80 percent of the cast are really average actors. I’m also only two seasons into it so for all I know, both of these characters could be murdered by now.

But Angel and Masuka give the show the random comedic twist that any serial killer-based plot needs. This is exactly what we would all expect the Miami police force to look like; a stereotypical Puerto Rican guy wearing a fedora and a small, perverted Asian man.

7.) Marcus and Mo from Smart Guy 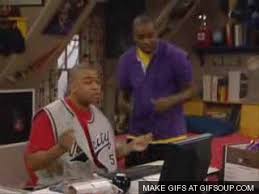 Here’s a sentence I copied and pasted from the Wikipedia page for Morris L. “Mo” Tibbs:

“He is typically portrayed in the show as being dimwitted (such as confusing a rasher with a haberdasher) and sometimes gullible, to the point where in the episode “I Was a Teenage Sports Wife”, T.J. makes Mo part of a placebo experiment by giving him sugar-filled pill capsules that T.J. claims will stimulate synapses in the brain (therefore increasing intelligence), in order to better perform on tests, only for Mo to inform other students about the pills and flooding T.J. with offers for the “brain pills”.”

I don’t know what’s more sad, the fact that someone took the time to write that on Wikipedia or the fact that I very clearly remember that episode.

6.) Brett and Harris (Animal Control) from Parks and Recreation

Brett and Harris have only been on Parks and Rec a few times (Harris Wittles is a writer for the show), but every time has been amazing. On the sad day when Parks and Recreation is taken off the air, I would be totally fine with an Animal Control spinoff.

You wouldn’t watch these guys for 30 minutes a week?:

Frankie and Joey were more than just bullies, they were deeply complex and emotional characters and arguably better friends than Cory and Shawn. They were like the “Huell and Kuby” of Boy Meets World.

*Since we jumped from Parks and Recreation to Boy Meets World, I feel obligated to share this clip from the show guest starring Adam Scott and featuring defining performances by both Frankie and Joey:

4.) Sherri and Terri from The Simpsons: 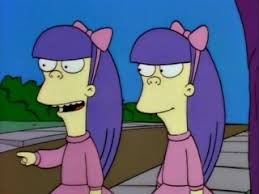 Sherrri and Terri are the only females to make the power rankings, as well as the only duo who are blood-related.

They are essentially one character because it’s impossible to know which one is which at any given time. They made it this high in the rankings mostly because they gave us this:

3.) Bubbles and Johnny from The Wire

The Wire was a television show about Baltimore police officers trying to catch Baltimore drug dealers. Somewhere in between those two worlds are the Baltimore drug fiends. Enter Bubbles and Johnny. They live frighteningly depressing and desperate lives. They show us the harsh reality of people who have lost everything from drug addiction. Yet they find a way to provide comedic relief while they’re doing it.

2.) Statler and Waldorf (old men) from The Muppets: 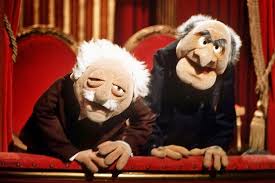 You may be a smart ass, but you’ll never be “old men in the balcony from The Muppets” smart ass. These guys set the standard for assholes everywhere. 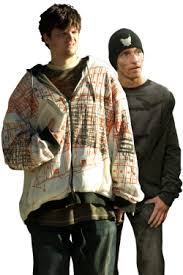 We’re told to think that Heizenberg’s blue meth was so “pure” that it was irresistible to customers, but did you ever stop to think that maybe B & SP were just exceptional salesmen those first couples seasons?

There are a lot of great scenes in Breaking Bad, but I think this one pretty easily takes the cake:

“Dude you are so historically retarded.”

They’re the champs. We’ll miss you guys so much.