Yahoo! Trending is a recurring piece where I gauge the type of stories that America is interested in by going on the Yahoo! home page and looking at the top ten topics trending. I select a topic that grabs my eye and click on it. I then select an article that details the topic and break it down.

It’s been a really long time since I’ve written a “Yahoo! Trending” piece. I’ve been busy writing stories equally as random. I would never, however, ask you to go too long without a fix of that “Yahoo! Trending” medicine you’ve been itching for.

So I logged into Yahoo! and how could I pick anything but number 4, staring right at me, “Oreo Addictive?”

I clicked on the words and was led to an article by ABC News that posed the question, “Could Oreos be as addictive as cocaine?” That article can be found here.

Let me break down this article for you:

An unpublished study (you know, because who cares if you’re published when you can be the number four trending story on Yahoo!?) is claiming that “sugary, fatty” foods like Oreos cause similar reactions as things like morphine and cocaine. Oh wait, I actually left off the last five words of that sentence. The paragraph finishes with the words, “…at least in lab rats.” 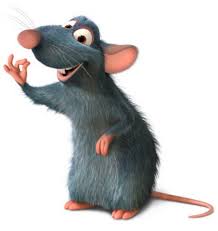 That’s right, folks. It turns out that if you capture a rat, keep it in a small confined area, wait for it to get hungry and then give it an Oreo then it will really, really like it. It will act almost like a cocaine addict the way it goes after that piece of food that it is, by nature, expected to feast on. You know what else rats are addicted to? Trash.

The article then features the following sentence:

“Oreos weren’t specifically singled out for their ability to trigger a snack attack, they were just a handy device to get enough fat and sugar in the rat’s habitat.”

I don’t really have anything to say about that sentence except that you, your kids and your grandchildren will probably never see that same combination of words ever again for the rest of your lives.

Shockingly, a spokesperson for Nabisco warned the public against taking the study too seriously.

“While it may seem simple to bucket foods as ‘good’ or ‘bad,’ the reality is that foods are complex, and encouraging people to enjoy a balanced diet paired with physical activity is most important.”

They completely dodged the issue at hand. They basically just said you should eat healthy foods and exercise,  while ignoring the claim that the Oreo might be addictive. That’s like telling a heroin addict to get eight hours of sleep and drink a lot of water. Those things won’t make you want heroin any less.

Jamie Honohan, who conceptualized the study, answered the question of “why Oreos?”:

“We chose Oreos not only because they are America’s favorite cookie, and highly palatable to rats, but also because products containing high amounts of fat and sugar are heavily marketed in communities with lower socioeconomic statuses.”

I managed to track down the creator of Chips Ahoy! and this was his response to Ms. Honohan’s claim*:

“America’s favorite cookie my ass! Oreos don’t hold a candle to Chips Ahoy! If rats are getting addicted to any cookie it’s Chips Ahoy!. They’ll go through those sleeves like nobody’s business! In fact, I use Chips Ahoy! for my mouse traps. I demand a new study be done!”

*(I didn’t really talk to Mr. Chips Ahoy! I made that up. But I feel confident that would be his response.)

The Oreo study was done by having a control variable. The rats were also given rice cakes and they reportedly spent more time with the Oreos. In the very next paragraph, Joseph Schroeder, who performed the study, completely stole the joke I was about to use:

“Just like humans, rats don’t seem to get much pleasure out of eating (rice cakes).”

Mr. Schroeder, let me introduce you to someone who strongly disagrees:

His name is the Quaker Oaks guy and you better hope you don’t run into him in a dark alley.

The article goes on to discuss the possibility of addiction through fatty and sugary foods. However, it is the conclusion of the article that brings the most interesting fact. It is the style in which the rats eat the Oreos that might actually shock you:

“They would break [the cookie] open and eat the middle first.”

My god. Who cares if Oreos might be addictive. Didn’t we already know that? The real news here is that rats are so much more like us than we ever could have realized. I guarantee if the scientists would have put peanut butter and chocolate chips on those rice cakes then those little guys would have gone bonkers.