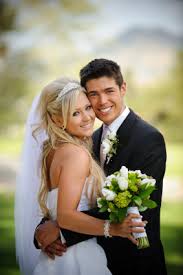 I’ve been doing this recurring article for a couple weeks now and so far the websites I’ve made fun of have been large publications like Buzzfeed, Huffington Post and Thought Catalog…you know, big wig editors who capitalize off the combination of boredom and restlessness of twenty somethings by making up generic lists and on-the-fly advice columns that make the reader feel more free and spontaneous.

Normally, I would stay away from a writer like Vanessa Elizabeth and her website WanderOnwards.com. She’s a talented young writer who has had a lot of success blogging about her travels. I hope she keeps writing and I hope her website only becomes more popular.

That being said, she recently wrote an article entitled “23 Things to Do Instead of Getting Married Before You’re 23.” And I’m going to make fun of it.

I made this decision when I realized that the number of “things” she provides just so happens to be the same as the age of which she is referring to. I thought to myself, “Either that’s a crazy coincidence or, like every other list on the Internet, she thought of the number way before she thought of any of the things and just filled it in with random bullshit.”

So I felt like I had to check out these “23 things” for myself to see if they’re legit.

You guys remember that law Obama tried to pass that said married people can’t apply for passports/leave the country? Well, it didn’t pass….and it never existed.

Also, you don’t have to be alone to enjoy foreign travel. I went abroad three years ago with my girlfriend at the time and a number of friends. It was fun. I am no longer dating that girl, but I certainly don’t regret the trip. Pictures of young people standing on a mountain by themselves with the sunset are inspiring, but your friends or significant others are in your life because you like them. And you’re allowed to travel with them.

This is actually good advice. It’s good to find your “thing” before you get married because people who have just recently found their “thing” won’t shut the hell up about it and it drives everyone around them crazy. People who find their “thing” after marriage have a 92 percent chance of divorce.

3.) Make out with a Stranger

It would be pretty ironic if you ended up marrying that stranger, am I right?

Yeah, your married friends may think they’re happy, but when you’re chilling at home with your four cats I think we all know who has the sweeter deal.

Seeing other people’s marriage/wedding/engagement stuff on social media can get annoying, I get it.

But with all due respect to my friends in bands, you know what’s more annoying? Getting Facebook invitations to see some shitty band play three states away. I’m glad you’re finding your “thing” but the rest of us have ears and we don’t want to go to your show and pay a $10 cover to listen to a mediocre acoustic cover of “The General” by Dispatch.

6.) Make a Cake. Make a Second Cake. Have Your Cake and eat it too.

7.) Get a Tattoo. It’s more Permanent than Marriage.

50 years later you can show people your regrettable “Young Wild and Free” tattoo and be like, “That was back when I was in my phase of traveling around making out with strangers, adopting pets, and eating an insane amount of cake by myself. It was kind of my ‘thing.'”

If you’re almost 23 and haven’t found someone willing to marry you it’s probably just because you’re praying to the wrong god.

If it looks bad no one will notice. You know, because you’re alone.

11.) Date Two People at the Same Time and See How Long it Takes to Blow Up in Your Face

This is a great time in your life to seriously hurt other people’s feelings. If this doesn’t work try kidnapping a young child’s puppy and watch from a distance as they put up “Lost Dog” signs and slowly realize they will never get their best friend back.

12.) Build Something With Your Hands

It’s nice that millennials need to be asked to do this once before we turn 23. “Clash of Clans” villages don’t count.

In other words, pretend to plan a wedding on the Internet instead of actually having one.

That’s not a millennial thing. That’s a Gen X thing. Grow up.

If you’ve changed your religion, started a band, gotten a tribal tattoo and formed a habit of making out with strangers you might already have this one covered.

16.) Watch GIRLS over and over again.

And don’t you DARE once admit that it’s a fictional show!

17.) Eat a Jar of Nutella in One Sitting

I had thought that this was basically the definition of marriage.

By making out with them?

20.) Hangout Naked in Front of a Window.

I would recommend that it not be a drive-thru window. The employees at McDonalds have stun guns in case there’s a robbery and they do NOT care whether or not you’re married.

21.) Write Your Feelings Down in a Blog

So I was hanging out naked in front of my parents’ window today. They are really disappointed   in me. Also, I was looking at my naked body and, wow, I really need to sign up for Crossfit. Anyway, I was all signed up to join the Peace Corps, but then I realized it got in the way of band practice and my new Buddhist teachings say I shouldn’t try to do too much at once…I tried to build a birdhouse with my hands, but it fell apart. I’m going to need to make out with a LOT of strangers to get over this. Single life is cray. #YoungWildAndFree”

Definitely. If a homeless person asks for some spare change, just be like “Uhh I’m single bitch. Go find some young married chumps to be unselfish…If you want to make out I’d be down, but I’m not giving you any money.”

23.) Come with me to the Philippines for Chinese New Years.

I’m there. Only one question: Can I bring my wife?

JK, I’m single. You tell me the window and I’ll meet you there. Naked.

Look people, I’m not making fun of the sentiment as a whole. I agree with Vanessa that getting married at that young of an age without being absolutely certain that you’re ready to sacrifice the thrill (and anxiety) of being a young adult on your own in the world is a bad idea. But just as bad of an idea is making enormously huge life decisions based on lists on the Internet.

With the exception of the “make out with strangers” option you can do all of these things with your wife or husband and if you’re right for each other you’ll do just fine.

Like I said, I don’t mean to make fun of the writer. I just hope everyone knows that a tattoo or a cold and awkward breeze from a window will ultimately mean a lot less to you than the person you love.

To read read about why the Internet says you shouldn’t feed your dog batteries, click here.

To read about why the Internet says you’re using the elliptical wrong, click here.

To read about why the Internet says you should travel alone, click here.

To read about the Internet helping you with Christmas shopping, click here.