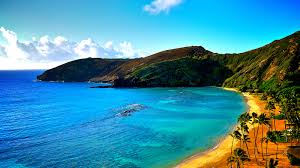 “This Week in Internet Advice” is a response to the overwhelming number of arbitrary advice columns on the Internet. The Internet has long been the place that we go to with our questions and as a result, over the past few years the Internet has responded by giving us unsolicited advice that we didn’t realize we needed. In this feature, the author picks one of these articles and points out the unintentional humor it provides.

I’m going to let you guys in on a secret about this recurring feature that I’ve been writing for over a month now. You might think that I see a ridiculous advice column on the Internet and say to myself, “That’s a good article for me to make fun of.” That’s actually not how it works. In reality the process goes like this: I say to myself, “I should write a post making fun of an article written on the Interent that is giving us meaningless advice in the form of lists or bullet points” then I proceed to find just such an article.

What I’m trying to say is that at any given moment I’m extremely confident I can find a ridiculous article on a major publication that tries to tell you why you’re living your life wrong. It usually takes about 3-7 minutes to find the article.

Today I found this article on the Huffington Post entitled “7 Really Good Reasons You Should Move to Hawaii.”

1.) “First off, this is considered a ‘chilly’ winter day in Hawaii:”

Yep, one of the reasons is a screen shot of a weather app. I’m glad that I went to college and studied how to become a better writer, but it’s a little frustrating that all of my professors failed to mention I could just take screen shots on my iPhone and start sentences with “First off” and an enormous publication would still publish me.

I guess those little things aren’t considered taboo when you’re bringing groundbreaking reporting to the table like the fact that the weather is nice in Hawaii.

2.) “…When you live in Hawaii, your friends and family come to you.”

Remember, poor people aren’t really your friends. Some friends will really show their true colors when they selfishly can’t afford a $2,000 flight to come visit you.

3.) “Put your (Hawaii) home or apartment on VRBO (rent it out) during Hawaii’s peak travel season (December-March) and your Colorado Ski Vacation will basically pay for itself.”

4.) “The cost of living in Hawaii is on par with New York City or San Francisco…but life is lived more simply here.”

The point also makes mention that “you’ll never need another pair of expensive shoes because slippers are acceptable everywhere.”

Maybe some day, I’ll have the guts to sell my shoes and use the money to live in Hawaii for the rest of my life. Also, I bet “acceptable everywhere” is a gross exaggeration. Even in Hawaii I probably wouldn’t wear slippers to a funeral.

5.) You’ll be able to find a job because Hawaii is “an epicenter for scientific and marine research, environmental technology, sustainable living entrepreneurship, and government and security affairs.”

And since none of those jobs require specific college degrees you should be able to just walk up and ask for a job and they’ll give it to you…assuming you’re wearing your slippers.

And don’t worry, I’m pretty sure they have clauses that allow you to take time off from December-March for your Colorado ski vacation.

6.) “Island Fever is real and it probably will happen to you” but “thankfully, there are other islands within Hawaii.”

Yep, going to another island sounds like the perfect remedy for “island fever.” Kind of like how if you’re claustrophobic and you’re trapped in a box, you should just go inside a different box.*

*The original response to this point was “What kind of asshole gets ‘island fever’ in Hawaii?”

7.) You may think, “I’m not relaxed enough to live in Hawaii,” but “all we can say is don’t knock it until you’ve tried it.”

Oh man, if I had a dollar for every person who told me they aren’t relaxed enough to live in Hawaii I’d be about $2,000 short of a flight to Hawaii.

Please understand that someone seriously just used the argument “don’t knock it until you try it” while trying to convince you to move to Hawaii. Who is “knocking” the notion of moving to Hawaii? I’m not moving to Hawaii because it is financially impossible for me to do so. I don’t have cold feet because I’m worried about “island fever.”

I would challenge the writer of this article to go up to anyone who works double-shifts at an hourly wage while trying to provide for their family and read these seven reasons to them about why they should move to Hawaii. Then come to me and I’ll give you some ice to deal with the fact that you just got punched in the face.

Honestly, I don’t think you’re cut out for travel advice. But you know what you should do instead? You should write a New York Times Best Seller that gets turned into a movie like Harry Potter or something. I know you’re probably thinking that you’ll come down with “money fever” or “fame fever” but hey, don’t knock it until you try it.

To read about why the Internet says you shouldn’t get married at 23, click here.

To read about how the Internet saved your Christmas shopping, click here.

To read about why the Internet says you should travel alone, click here.