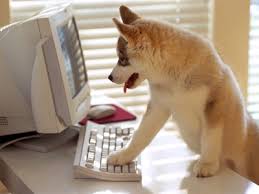 After revolutionizing the way people keep in touch with each other and enjoying years of social media dominance, Facebook has begun to lose some of its allure. The social networking site that inspired the creatively titled movie The Social Network starring Jesse Eisenberg and Justin Timberlake has faced legitimate compeition from rivaling sites like Instagram and Twitter in recent years, leaving many social media users to feel less dependent of Facebook as they might have been in years past.

Facebook creator Mark Zuckerberg and the rest of the company realized that in order to remain relevant they would have to come up with something innovative that the world had not yet seen.

The new site that they plan to launch before the end of 2014 should do just that. It’s called PawBook and it’s the world’s first social networking site for dogs and cats. The research and development team at Facebook discovered that, much like the gloves that are sold with holes cut in the fingertips, the lack of fur in specific parts of cats and dogs’ paws allow them to use touch screens. Thus, they would be able to access PawBook via an iPad.

“We did a lot of research and realized that a lot of people still waste an incredible amount of time on Facebook,” said a representative for the company. “In fact, even though less people are posting on Facebook some people still spend hours refreshing the homepage and looking through the same photos and statuses. So we thought ‘who else likes to waste time staring at the same things over and over?’ Cats and dogs.”

Facebook was kind enough to speak with me and let me in on a few of the features that PawBook will be implementing. Here’s a preview of just a few: 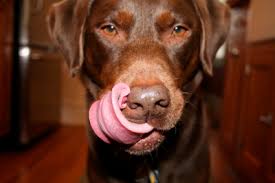 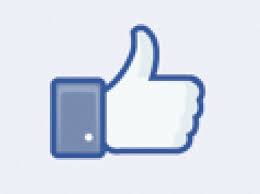 A few years ago Facebook had a resurgence of popularity by adding an extremely simple feature. They called it the “Like” button. It allowed users to show appreciation for other users by clicking ‘like’ on their recent activity and a small thumbs up would appear as a show of support.

PawBook will implement a similar feature called the “Lick” button. If a pet posts something on PawBook another pet can ‘lick’ the post and PawBook will keep count of how many licks it gets.

(10:17 AM) Buster: “Master tried to hide the treats, but guess who found them? Luckily I’m better at hiding vomit than he is at hiding treats LOL.”

**Daisy and Comet licked this**

While PawBook is very confident in the ‘Lick’ feature, I caught up with a few pets that are a bit more skeptical.

“I don’t understand the point,” claimed local dog, Scout. “I mean, wouldn’t my self esteem have to be pretty low for me to need other pets to press a button just so I could feel good about myself?”

It was suggested to Scout that many humans get strong feelings of self-worth based on how many ‘likes’ they can garner, but he was no longer available for comment as he noticed a squirrel.

Surveys have shown that cats are also largely uninterested in the ‘lick’ button, but wouldn’t mind a ‘dis-lick’ button that expressed a lack of support for particular posts.

Facebook has long had a strange feature called “poking.” It allows users to ‘poke’ a friend and the only available response is to either ‘poke’ back or just do nothing. It serves as a way to initiate interaction with another user without using words.

PawBook will allow pet users to ‘pee’ on each other as a way of getting each other’s attention. A dog or cat user will simply get a notification that says “Misty peed on you! Would you like to pee back?”

“Pets do that kind of thing to each other, right?” asked a representative for PawBook. “I’m going to be honest, we didn’t really do any scientific research for this, but I’m pretty sure that’s a thing. Like don’t they mark their territory with pee? Whatever, people don’t really poke each other in real life and we still keep that button around.”

“PawBook is the next step in true social media innovation,” claimed Facebook founder Mark Zuckerburg. “We are confident that it will not only allow pets to keep in touch with each other at a level like never before, but it will also help create cross species friendships between cats and dogs that could really change the world. PawBook is the future.”

Still, some remain skeptical of the site. Many animal researchers are adamant that dogs and cats would rather play outside or simply enjoy the real world than waste time seeking attention and unfairly comparing their lives to those of their peers.

The pets that I interviewed would not commit to using the website themselves.

“You realize I’m a dog, right?” said Border Collie, Spike. “Is this a joke? Am I getting Punk’d right now? I can’t read, how would I even use this? And who would stare at the same thing for so long? There are like a million things to do in every room.”

“There are certain aspects that I like,” claimed local cat, Nugget. “I certainly don’t hate how easily it allows me to judge others. But it just seems like a website for pets to try to make their lives look better to other pets. Why would I need to do that? I’m a cat. I don’t need anyone else’s approval.”

At press time, Nugget had fallen asleep in my lap.

PawBook plans to begin its big marketing campaign this week. They have already purchased a lucrative commercial spot that will run in the second quarter of the Puppy Bowl.*

*There is an 88 percent** chance that everything written in this article is fabricated.

One thought on “PawBook: Facebook’s Revolutionary Site for Pets”