I recently found out that a lot of people think I hate Buzzfeed. That’s not actually true. I do think their website looks like a McDonald’s drive-thru menu, but I don’t hate them. In fact, their long-form section actually offers some very good features on occasion, including this story on Mexico’s “Monkey Woman.“

However, no one thinks about long form writing when they think about Buzzfeed. That’s because they hook their readers with much more scattered and trendy forms of content. If you’re someone like me who is more accustomed to actual pieces of writing with an introduction, a narrative, sentence structure and a conclusion then you might be a little thrown off by the way Buzzfeed operates. You might have no idea what’s going on.

So to prove to the good people at Buzzfeed that I don’t hate their website I decided to make a dictionary defining all the most common terms you might come across on the site. This can serve as a guide for someone who is new to the site.

Example: “This Video of a Penguin Chasing Her Human Friend is the Absolute Cutest.”

Everyone (pro.) – Some people. Used to imply that certain demographics will feel a certain way about something.

Example: “22 Worries Everyone Has During Pilates“

Fail (noun or verb…not really sure) – When someone makes a mistake. Sometimes it will be epic.

Example: “The Truth Behind the Most Epic Twerk Fail Ever.”

GIF (n.) – A two second video on loop with a caption. It often features a celebrity or recognizable situation. The GIF accompanies the actual content of the article in order to make the content seem substantial.

Humanity (n.) – Something that your faith apparently needs to be restored in. It will be done with the help of “Ways” and “Things.”

Examples: “21 Pictures That Will Restore Your Faith in Humanity.”

List (n.) – A foreign word that is never used on Buzzfeed. Those who say the website is simply a compilation of lists are committing an (epic) fail.

Memes (n.) – recurring pictures with captions that are relatable and clever. Used in place of legitimate writing  content. 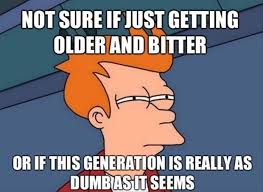 Proof (n.) Examples for something that is not actually true. Not definitive.

Example: “Definitive Proof That Jennifer Lawrence is a Fainting Goat.”

Quiz (n.) – How one determines which character they are in a sitcom. Jess from New Girl will be advertised as a possibility, but will be an unlikely final result. 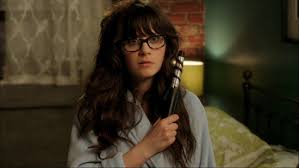 Example: “Which ‘Boy Meets World’ Character are You?“

Reasons (n.) – Justification to do something that is likely irrational through the use of bullet points, lists, GIFs and memes. See also: Tips and Ways.

Signs (n.) – Examples of how two different entities are actually the same entity.

Example: “17 Shocking Food Facts That Will Make You Question Everything.”

Struggles (n.) – A list of burdens that only certain kinds of people will understand. The burdens will be extremely insignificant in comparison to most world problems.

Example: “29 Struggles Only People With Big Butts Will Understand.“

Things (n.) – The only word that can describe all of the topics that are discussed in one Buzzfeed article and could never be related to each other without the help of GIFs.

Example: “99 Things That Suck Less Than Your Unpaid Internship.”

Tips (n.) – Instructions that should not be taken literally or even followed in any sense. See also: Ways and Reasons.

Totally (adv.) – An unnecessary word used in the title of an article meant to imply that you will relate with nearly every point that is made in the article. Unacceptable in most other common forms of writing.

Ways (n.) – Overly simple advice that should never be put into effect upon reading. Also used to explain how two unrelated things are somehow related, typically with the help of GIFs.

Example: “29 Ways to Be the Worst Person at Starbucks.”