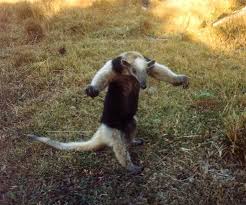 You may or may not have noticed that big action/adventure/disaster/suspense movies are not exactly original these days. We’ve got Godzilla, Teenage Mutant Ninja Turtles, Planet of the Apes, Transformers, a thousand different superhero movies and on and on. We’re also supposed to believe that Into the Storm isn’t the exact same thing as Twister.

Are we really that void of creativity? Hollywood really can’t come up with something new that can entertain us in a cold theater for two hours? Luckily, I have come across what should clearly be the newest blockbuster movie. I was stumbling around on Yahoo’s front page when I saw the headline “Giant Anteater Kills Two.” Naturally, I clicked on the link, but I didn’t expect much, it’s a big, crazy world out there and every day people manage to die in some very odd, but ultimately unimpressive way.

Boy, was I wrong. Apparently the anteater mauled the two people to death in Brazil, but it wasn’t the story that left me breathless. It was THIS PICTURE:

I’m assuming you’ve spent about three minutes trying to figure out what you are looking at.  How many animals is that? Well, technically it’s three animals. After reading the story and the description of the picture I was informed that it is a picture of the giant anteater with its two small baby anteaters riding on its back.

Oh, okay. That makes sense, except for, you know, ITS LEG IS A FUCKING PANDA HEAD!

Apparently that is a picture of an anteater walking forward and what “appears” to be a panda head is actually just its left leg. Yahoo makes no mention of the panda and will just have us believe it’s some sort of optical illusion.

I’m not buying it. We have a genetically created, cross-species, super predator that is out there killing people. The two deaths were separate incidents meaning this thing has struck twice. Here’s the description of one incident:

“The anteater stood on its hind legs and grabbed the man with its forelimbs, causing deep puncture wounds in his thighs and upper arms. The hunter bled to death at the scene.”

It seems to leave out that one of those “forelimbs” is the head of a panda bear, which probably bit through him like a piece of bamboo.

So authorities should probably figure out how to subdue this creature before there are any more victims. But that’s not my job, that’s the authorities job. My job is to pitch this to Hollywood so we can finally get a cool summer movie that doesn’t involve Mark Wahlberg pretending he cares about dinosaur robots fighting each other.

So quick camera shot of beautiful Rio De Janeiro. Now keeping going past the beaches to a low-budget, but well-intentioned zoo where there is only so much space and certain animals are kept in the same environments together including, yep, you guessed it, anteaters and pandas.

Joseph Gordon-Levitt is the American animal lover/panda specialist who warned the park that the two species shouldn’t be in the same proximity. He was worried about his favorite panda, Daisy.

One day, Daisy and a giant anteater named Gregory both spot a bamboo stick, which just so happens to be covered in ants. They both want it and it turns into an epic battle. Apparently, when Brazil built the stadiums for the World Cup they had to relocate a bunch of toxic waste and they irresponsibly and inexplicably stored it at this particular zoo. Amidst the anteater/panda battle they knock over barrels of toxic waste which results in a large explosion. All animals are seemingly dead. BUT when the dust settles we see the anteater walking away with DAISY AS HIS FOOT. He escapes into the forrest/jungle.

Manny from Modern Family will play another zookeeper. He’ll be the comedic relief. There’s a strong chance he’ll die at some point in the film.

As the anteater/panda continues to eat ants and bamboo it gets bigger and bigger and its two baby anteaters are also growing. Eventually it’s approximately the size of Godzilla. To a creature that big, humans begins to look like….ants. And skyscrapers look like bamboo sticks. 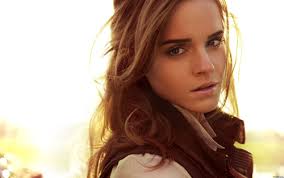 Emma Watson will play the female American solider who is always underestimated by all the guys even though she’s the toughest solider in her squad. She is part of a plan that will destroy the creature. Eventually she crosses paths with JVG and he tells her “there’s got to be another way” and keeps saying “if I could just talk to Daisy,” which if you haven’t kept up is the left front leg of this giant anteater, which happens to be the head of a panda, which used to be JVG’s best friend. Watson is clearly falling for JVG.

The final battle scene will be epic and some major city will basically be destroyed. 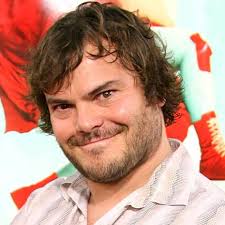 If the studio demands that the animals can talk Jack Black can be on hold to voice as many animals as possible. 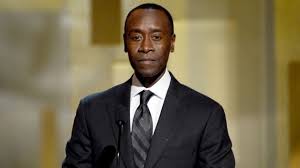 Don Cheadle will play Watson’s ranking officer who knows she is the best solider out there, but “takes too many damn risks.”

Jeremy Piven will play the owner of the zoo who took too many shortcuts to cut costs and put everyone’s life in danger.

I think it’s fair to say I’ve laid out the groundwork for a Citizen Kane-esque film that will entertain the entire globe. It is now someone’s job to sign me up for Kickstarter. Someone else should put this pitch on KickStarter and hopefully we’ll have the money by September to get this thing rolling.