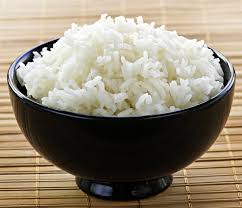 The Ice Bucket Challenge is sweeping the inter-webs faster than cats with hats. In a matter of weeks it will likely go the way of Harlem Shake videos, but unlike Harlem Shake videos the Ice Bucket Challenge was created for a good cause. The purpose of the videos, in which a participant dumps a bucket of ice water on his or her head and then challenges three friends to do the same thing, is all with the aim of promoting ALS awareness.

While I doubt this goofy trend will save the world, it seems like we all can agree it’s a generally nice and productive idea, right?

Apparently not. See, the Ice Bucket Challenge takes place on the Internet and nothing on the Internet is allowed to escape ridicule, snark and cynicism. While the challenges are going viral, there is also a growing resistance of the trend. The common argument of these detractors is that people do the challenge only for attention and pouring ice water on your head won’t actually cure a disease.

Sure, it might be easy to mock the Ice Water Challenge if you look at it through narrow eyes. That’s why I think it’s my job to broaden your perspective and tell everyone the previously unknown origin story of the Ice Bucket Challenge. Perhaps if you realize how ridiculous the original version of the challenge was then you’ll appreciate what it has become and the impact it could have.

About five years ago, a group of young activists held a meeting in hopes of determining what they could do to improve the world and make a difference. After hours of brainstorming and gallons of green tea one of them casually mentioned that they should try to raise awareness of SLA. The rest of the group looked at each other in confusion until one of them finally asked, “What’s SLA?”

“Uhh, that’s not SLA, Dave. It’s actually ALS. I think you might be dyslexic.”

As though they all shared the same brain, there was a collective light bulb that went off. Just like that, it was settled: they would raise awareness for dyslexia.

Three hours and many Black Cherry Almond Cliff Bars later they had their plan. They came up with the Rice Bucket Challenge. It went like this: participants would cook enough bowls of white sticky rice to fill a large bucket. They would then film themselves dumping the bucket on their head while yelling “RAISE DYSLEXIA AWARENESS!” They would then challenge three friends to do the same thing.

The experiment was a universal failure. Of all six members of the group who made videos, not a single person they challenged accepted the challenge or even acknowledged the video. In fact, an alarmingly high number of those challenged unfriended their challenger. They tried to remake the videos putting the rice down their pants, but the results remained the same.

They sat down and thought of the possible downfalls of the experiment. They were as follows:

The group realized that they had to get back to the drawing board. For the next five years they brainstormed idea after idea (we won’t get into the Mice Bucket Challenge) until they finally remembered Dave’s original suggestion about ALS.

Are there people meeting this challenge without much concern for the disease, but more interested in garnering Facebook ‘likes?’ Most likely, yes, but that cynical viewpoint does not take away from the good that the contest might do. If one were to hold a bake sale that encourages, but doesn’t demand, customers to donate to a charity we could all agree that this is a positive act, correct? But, eating a brownie bought from that bake sale is not actually an unselfish, generous act. It is enjoyable and delicious and that could be the motivation for eating it, Some people might buy one without donating. That does not take away any merit from the bake sale itself. You wouldn’t call that bake sale a waste of time.

The vast majority of social media and Internet trends are pointless, distracting and ridiculous. Don’t shoot down the good ones.