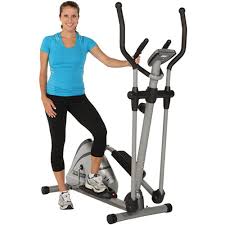 As we’ve known for years, the Internet is a place that we go to for advice. Just like that one friend who you made feel like an expert because you asked them one question once, the Internet has responded by constantly giving us unsolicited advice. All these unnecessary tips can come in handy every now and again, but more often than not their sole purpose is providing unintentional comedy.

That’s what this column is for: finding the most ridiculous of such articles and breaking them down.

This week’s example? A piece in the Huffington Post entitled, “Avoid These Elliptical Workout Mistakes.” I don’t know about you guys, but I’m tired of these broad Huffington Post pieces that try to pack all the relevant news into one article. Why can’t they just pick something specific and write about it?

So the gist is basically that author, Yuri Elkaim, is irrationally upset with the way some people use the elliptical and somehow found an enormous publication to let him vent his frustrations.

Let me provide you with the introduction to the article written with an inexplicably annoyed tone under the bold words “Don’t be one of those people!”:

“It never fails. No matter where I am in the world, I always see them. They walk in to the gym, grab the remote, put their favorite TV show on and start happily peddling away on the elliptical…”

Really? No matter where you are in the WORLD? I’m pretty sure if you go to Haiti right now you won’t see a ton of people watching their favorite TV shows “happily peddling away on the elliptical.”

“And then there’s me -– huffing, puffing and sweating my butt off while running intervals on the treadmill. When I am doing my workouts, there is no way I’d be able to leisurely watch TV for an hour!”

What a bunch of freeloaders! They’re probably immigrants. Coming to our country, lazily using our ellipticals while we’re sweating our butts off on the treadmill. I knew it would come to this as soon as Obama was elected.

“Actually, because my cardio is high-intensity, I only do about 20 to 30 minutes before I cool down and head over to the weights. Almost 100 percent of the time, after I am done with my full-body workout, I’ll look over at the elliptical and there they are, still peddling away without one bead of sweat on their brows!”

It’s totally irrelevant to the article that you’re writing, but I’m really glad that you were able to work in the sentence, “Actually, because my cardio is high-intensity, I only do about 20 to 30 minutes before I cool down and head over to the weights.” I feel better about reading the rest of this article knowing how high-intensity you are with your cardio.

The article goes on about this point without any actual advice except for the general point that you shouldn’t one of those people that watches TV and doesn’t go high-intensity on the elliptical.

The next bold point is “Be Fully Engaged.” You know, because we didn’t just cover that.

“If you want to make sure your workouts really count, no watching TV, flipping channels, reading books or magazines, chatting on the phone, surfing the Web or having long conversations with the person next to you.”

You know that one person at the gym that kind of creeps you out because instead of listening to music or podcasts or watching TV or doing literally anything, they are just intensely staring forward while they do their cardio? Apparently that person wrote this article.

The next point? “Use the Resistance.” The author basically explains what resistance is and that if you turn up the resistance your workout will become harder and you will see better results. So you know that one button that’s on the elliptical? You can press it to increase resistance. Also, if you turn the knob on your car radio it will increase the volume of the music playing.

The author once again reiterates a point (and perhaps issues a warning):

“When I am at the gym busting out my intervals, I hope and pray nobody comes up to talk to me! There is no way I’d be able to talk back! It also breaks my focus. Being in the “zone” is important for getting the most out of your workouts.”

Guys, I would not recommend approaching this dude when he’s on the elliptical. Do you have any idea how high-intensity his cardio is? His resistance is off the charts. Getting someone out of the “zone” when their on an elliptical is like waking up a sleepwalker. You just don’t do it.

The article finishes by assuring us that we don’t have to give up on the greatest invention since the light bulb, the elliptical:

“The elliptical is a great machine but it is often used incorrectly. If you remember to stay focused and increase your resistance, you will have more results in less time.

Doesn’t really get better than that, does it?”

To read about why the Internet says we shouldn’t feed our dogs batteries click here.

The Internet is a funny place. We’ve firmly established that we can find literally anything on the Internet. Therefore, when we have problems we need solved or questions we need answered we simply type them into Google (or Bing! if you’re a weirdo).

You ever have that one friend who is pretty knowledgeable about a certain subject so whenever you have a question about that subject you turn to them? After awhile, that friend starts to really enjoy the authority you place on them in regards to that topic and they’ll start giving you totally unsolicited advice just to remind you how much they know.

That’s where we’re at with the Internet. We’ve asked it so many questions that it’s starting to just give us advice we didn’t ask for. That’s why you see so many articles like “14 Things to Think About Before You Get Married” or “12 Places to Get the Best Pumpkin Spice Latte After October” or “22 Signs You’re Job is Too Stressful For You” or “How to Tell if You’re Relationship Needs a Shakeup.”

Rarely will this advice better your life in the slightest. But sometimes, what it lacks in practical value it makes up for in unintentional comedy.

That’s what I plan on sharing with you. We’re going to start this off with an article posted on Yahoo! entitled “26 Common Items that Are Dangerous to Cats and Dogs.”

This list, written by Dr. Mary Fuller and originally posted by Vetstreet.com, is intended to educate pet owners on some of the household items that they shouldn’t be feeding their cat or dog. You can be the judge, but I’d like to suggest that anyone who actually learned new information from this article probably accidentally killed their pet on the way back from the shelter.

Here are a few examples:

Batteries can be toxic to both dogs and cats, leading to ulcers in the mouth, esophagus and stomach. Toxicity Ranking: moderate to severe.

Uhh…Ok, Dr. Fuller, then do tell me, what exactly am I supposed to feed my dog when he’s tired and needs energy for a walk? Apple screwed us with these new iPhone 5 chargers so I can’t even plug him in.

Detergents and fabric softener sheets can cause ulcers in the mouth, esophagus and stomach in dogs and cats. Toxicity Ranking: mild to moderate.

Has “the dog won’t stay out of the fabric softener sheets” ever been an issue for anyone anywhere?

Kerosene, gasoline and tiki torch fluids can cause drooling, drunken walking and difficulty breathing in dogs and cats. If these products contain antifreeze, they are even more problematic.

If this article prevents just one pet owner from feeding their pet tiki torch fluid then its done its job.

Nonprescription medications, such as ibuprofen, can lead to severe ulcers and anemia, as well as liver and kidney failure in pets.

If your dog learns to speak and manages to say, “I’ve had a really long day and my head is killing me,” then you can break the rule and give it an ibuprofen. Otherwise, just assume it doesn’t need it.

Prescription medications, such as antidepressants and ADHD and cardiac drugs, are commonly ingested by pets when pills are dropped on the floor or left on counters. Even a small dose can cause problems.

So we’ve established that whether or not you have a prescription for your medications is totally irrelevant to whether or not your dog or cat can ingest it. What is relevant is whether the bottle says “For humans,” “For Cats” or “For Dogs.” If it’s the first one, don’t give it to your pet.

Rodenticides, such as mouse and rat poisons, can contain a number of different toxins, which have different effects on dogs and cats. Several common ingredients, like warfarin and coumarin, can cause blood clotting problems and hemorrhaging.

This is a tricky one to remember: If it’s a substance that is created with the intended purpose of poisoning and killing an animal then you shouldn’t feed it to the animal that you have adopted and taken on the responsibility of keeping alive.

Tobacco can be toxic to both dogs and cats. Ingestion of nicotine in the tobacco plant or in cigarettes or patches can lead to vomiting, tremors, collapse and death. Toxicity Ranking: moderate to severe.

I personally think they’re being a little uptight about this one. Sometimes at parties, my cat gets really socially awkward and doesn’t know what to do with her hands. So if she smokes a cigarette now and then I don’t think it’s the end of the world. It’s not like she’s addicted.

Grapes, raisins and currants – even grape juice – in small amounts can cause kidney failure in dogs. Toxicity Ranking: moderate to severe

That one’s actually pretty helpful. I don’t really have a joke for that.

Windshield wiper fluid can contain methanol or ethylene glycol. Ingestion of methanol can cause low blood sugar and drunken walking in dogs and cats. Toxicity Ranking: mild to moderate.

Dr. Tina Wismer, medical director of the Animal Poison Control Center, suggests that pet owners keep the organization’s phone number on their refrigerators in case of emergency. This sounds like good advice to me, but also makes me laugh at the notion of someone leaning against their fridge saying “Yeah…it’s me again. So I was taking down the tiki torches….”

Dr. Wismer also warned that cleaning products should be kept out of reach and that we should take our medication “in another room, behind a locked door.” I’m all for the other room part, but I’m not sure Dr. Wismer realizes that neither cats nor dogs have thumbs and therefore cannot function a doorknob. You might not have to lock the door.

The article finished with Dr. Wismer’s sentiment that “we sometimes say the surest way to pill a dog is to drop one on the floor.”…More like Dr. Wis-enheimer, am I right?

Congratulations people, you are now ready to own a pet.